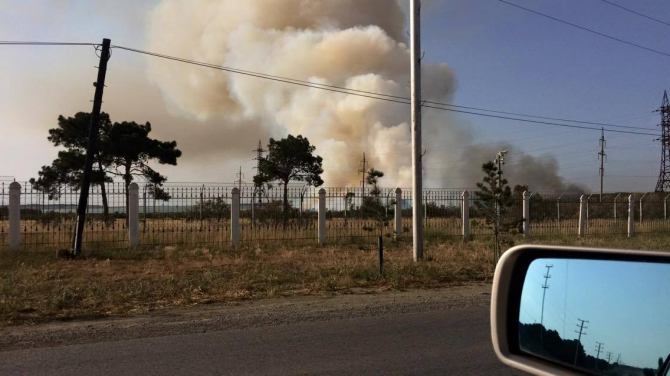 An explosion has rocked Azerbaijan’s biggest ammunition depot today in Syazan region near the capital Baku, as a result, officially six people have been hospitalised with no fatalities. Some sources from inside the country have confirmed several fatalities, however the country’s military authorities have not commented on any fatalities.

The cause of the explosion is still being investigated, however the four adjacent villages of Sitalçay, Şürabad, Məmmədhəsən and Giləzi were evacuated as a result of debris from the explosion falling on houses and causing damage (among the fallen debris were parts of missiles and rockets). Equipment and vehicles from local military bases were likewise moved to other areas as a fire broke out fruit of the explosion.

Military and Emergency Situation Ministry authorities were dispatched to the area and cut of the highway, the main one used for traffic between Baku and the Russian border. Further details on the incident are being investigated, however little information has gone out and media outlets have resorted to relaying similar information found on other sites.

A map of the effected area: in red is the military depot, yellow an adjacent military base, while blue and green mark a military airbase with administrative buildings and a housing facility 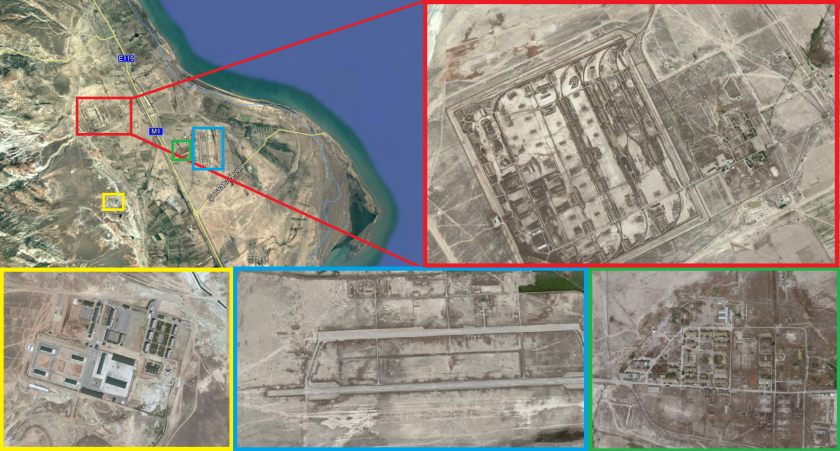 Videos from two different news outlets on the event