On 12 March 2022,  Nagorno Karabakh authorites reported 60mm mortar shells fired at Farukh village by Azeri troops.  While no injuries were reported, a house was damaged. Karabakhi authorites provided photos of the damage, as well as that of an exploded mortar shell.

Judging by the photos, NK Observer experts believe Bulgarian-produced 60 mm mortars were used during the shelling of Farukh considering the design, number of fins,  number of flash holes and their distribution. 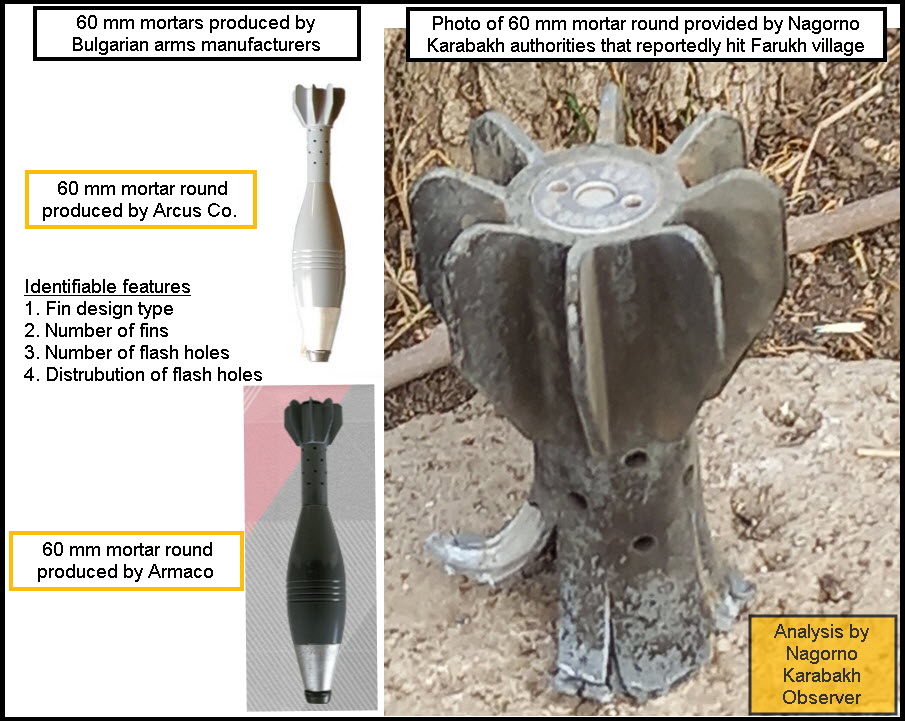 The manufacturers of the mortar shells are presumably one of two Bulgarian arms companies, either Arcus (2) or Armaco (3), judging by the photos.

No register of mortars can be found on SIPRI or UNROCA databases, nonetheless, Azerbaijan is known to have imported or collaborated with Bulgaria in the defence field in the past. In 2019, Bulgarian producer of armoured vests, Mars Armor, started collaboration with local Azeri arms frim Buta Armor.