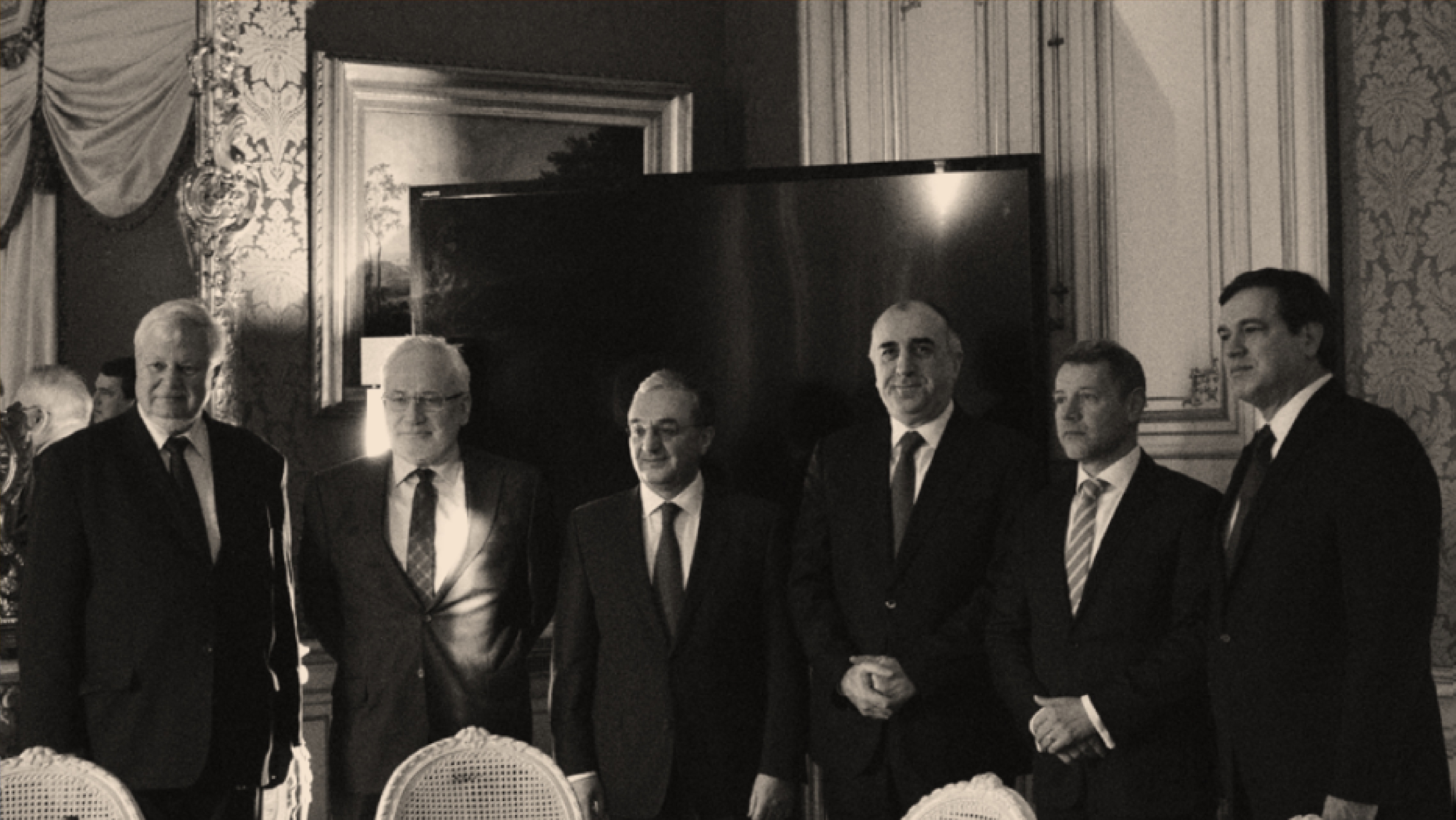 Today the Foreign Ministers of Armenia Zohrab Mnatsakanyan and Azerbaijan Elmar Mamedyarov meet in Paris under the auspices of the OSCE Minsk Group co-Chairs Stéphane Visconti, Igor Popov and Andrew Schofer.  Also present during the meeting was the Personal Representative of the OSCE Chairperson-in-Office, Andrzej Kasprzyk. This is the first official meeting between the two foreign ministers this year, official statements clarify that further meetings will take place in the upcoming months.

The meeting lasted for around four hours, during which the participants underlined the necessity to further develop wider framework for issues relating to peaceful means for a settle of the issue, as well as preparing both societies for peace. Nonetheless, official publications have not specified the exact words nor issues discussed by each and every   participant.

According to the Azeri Foreign Ministry, among the issues discussed during the meeting were the creation of bilateral sustainable peace and security means. The Armenian Foreign Ministry explained the framework of the meeting more in detail, stating  “an exchange of constructive and beneficial thoughts took place, aimed at a more thorough understanding and mutual confidence [by both sides] “.

What seems to be different now is the clause of “preparing the societies of both sides for peace”, which is a continuation of last year’s meeting, an issue not present in previous years’ meetings.  Nonetheless,some  critics from both sides, as well as international experts continue to state that the OSCE meetings have yet to yield any fruitful results and are simply “meetings for the sake of meeting”.

2019-01-17
Previous Post: OSCE Minsk Group monitoring visit on line of contact carried out
Next Post: Joshua Kucera – “Peace? Not so fast, many Armenians and Azerbaijanis say”