The Azeri Armed Forces have sealed a deal with their Belorussian counterparts for the purchase of numerous high-technology artillery guiding system. The new equipment was apparently used during the latest military exercises in mid-March, with no further news on the performance.

It was displayed during the IDEX 2019 Arms exhibition in Dubai of this year for the first time, and is expected to be exported to further clients.

The system consists of three parts, an optical observation system, a GMX 500 radio transmitter and a display screen in the form of a tablet. The devise is aimed for use by an artillery battery team.

The system is produced by Belarussian Agat Control Systems based out of Minsk, Belarus, that produces products for both civilian and military use.

A display of the system at an undisclosed Azeri military facility 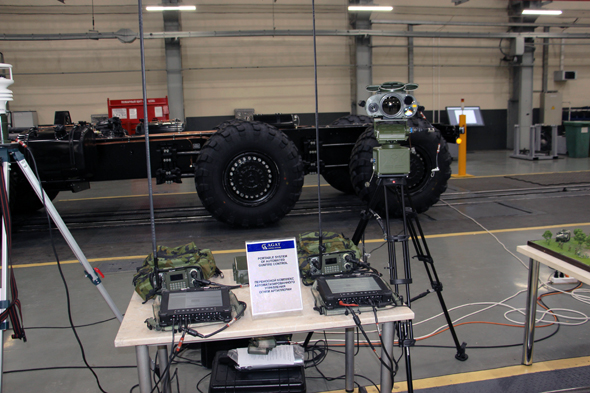 2019-03-30
Previous Post: Joint Statement by the Foreign Ministers of Armenia and Azerbaijan and the Co-Chairs of the OSCE Minsk Group
Next Post: Azerbaijan conducts live-fire exercise with anti-air missiles