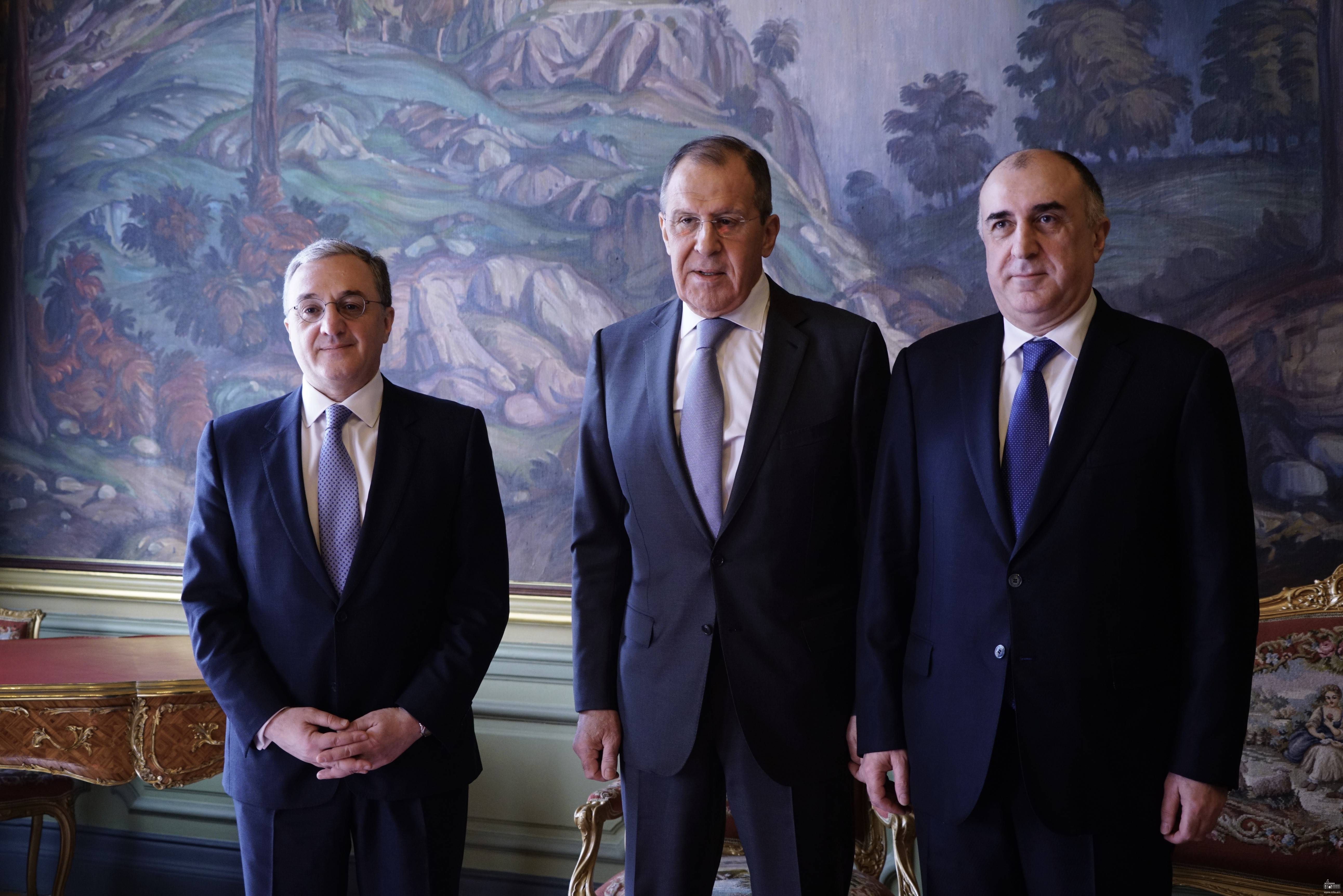 During the talks, besides the three foreign ministers, the OSCE Minsk Group co-Chairs also participated, them being Stephane Visconti (France), Igor Papov (Russia) and Andrew Schofer (United States), as well as the Personal Representative of the OSCE Chairperson-in-Office Andrzej Kasprzyk.

As a follow-up to the agreements reached by President Aliyev and Prime Minister Pashinyan at their summit in Vienna on 29 March of this year, the participants in the meeting discussed the situation at the border and the line of contact, as well as the prospects for establishing humanitarian co-operation. They also exchanged detailed views on key aspects of the settlement process.

Photograph of the meeting from the Armenian Foreign Ministry webpage 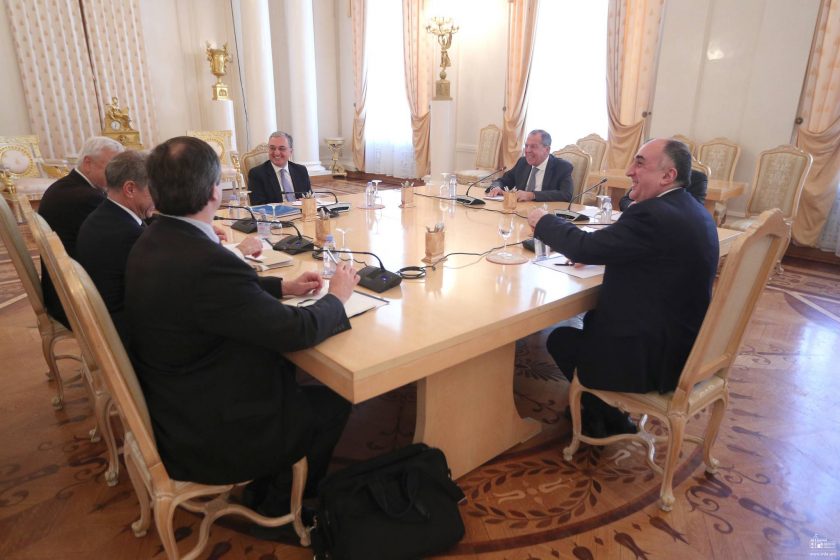 It is worth mentioning that a few days before this meeting on 13 April, the Armenian foreign minister met up with his counterpart from Stepanakert, Masis Maiyilyan. During the meeting, the two discussed the former’s upcoming meeting in Moscow  as well as “exchanged views on a range of issues related to the humanitarian measures aimed at creating an atmosphere of trust between the conflicting parties.”

Official footage of the meeting between Mayilyan and Mnatsakanyan