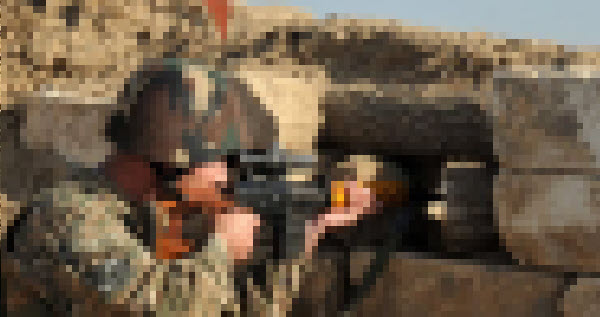 A border skirmish on the Armenia-Azerbaijan border between 29-30 April left one Armenian soldier injured. According to an official statement by Azerbaijan’s State Border Service (SBS), during the mentioned time lapse Armenian military units “opened fire on several directions during different times of the day with high-calibre weapons”.  The incident took place at military positions  bordering the region of Qazakh, Azerbaijan.

Armenian sources clarified that the incident took place in the region of Tavush, Armenia, more precisely at an approximate 5 km segment of the border between the northeastern villages of Baghanis and Voskepar.  As a result of the incident, the spokesperson for Armenia’s Defence Ministry, Artsrun Hovhannisyan stated that 31-year-old Argishti Stepanian received a wound to the head, was transported via helicopter to a hospital in Yerevan, and that his wounds are not life-threatening. The Armenian Defence Ministry itself posted no statement of the incident other than the spokesperson’s Facebook posts.

Official notification of the wounded by MoD spokesperson on Facebook 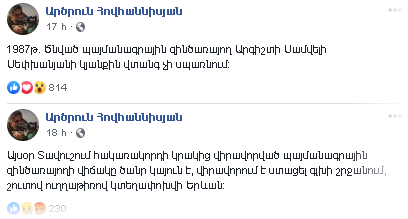 The segment of border running between these two villages has been subjected to skirmishes in the past. This area is bordered by the semi-enclave of Kushchu Ayrim, where the Azeri military has the advantage of higher ground. The area is important for Armenia due to a major north-south highway passing along the border, one of only two major highways to its northern neighbour Georgia. In case of large scale military operations, cutting this route to Armenian forces would impact one of the main roads towards the north, with valleys leading inward into Armenia in an extremely mountainous area. Thus, it remains highly strategic area for both countries.

The last major incident at in this area took place in September of last year, with no reported injuries nor damages.

2019-05-01
Previous Post: Defence Ministry webpage looks over the years: Armenia, Azerbaijan and Nagorno Karabakh
Next Post: US Secretary for European and Eurasian Affairs: “US ready to support peaceful settlement of the Naogrno Karabakh conflict”