Turkish defence firm BMC is set to sell Azerbaijan a series of armoured vehicles for military use. The deal apparently came through as a result of the IDEF-2019 arms exhibition in Istanbul last week, which saw the participation of different defence firms from over 50 countries.

According to an Azeri defence blog, the quantity was not specified, however, the solicitation of the vehicles came from the country’s military authorities.

Azerbaijan already has Turkish vehicles in its arsenal, particularly armoured personnel carriers. The exact vehicles were not specified by open sources, nonetheless, judging by the production of BMC, the vehicle type could possibly be the Kirpi armoured troop carrier. The vehicle, proven in action against PKK militants, as well as in northern Syria, was subject to slight modifications to iron out its flaws. It has an anti-mine blast chassis, and is available in 4×4 and 6×6 models. 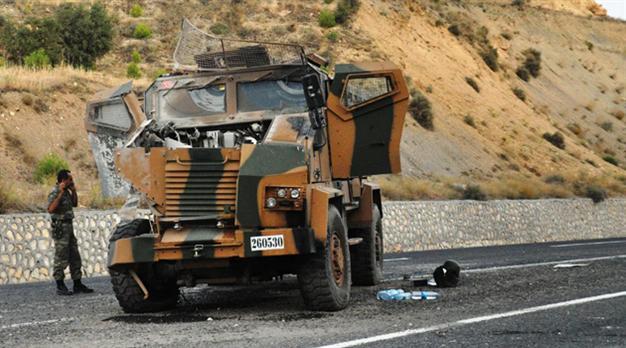 In one such incident in 2012, a Turkish Kirpi vehicle was ambushed in southern Turkey by an improvised explosive device on the side of a highway with an 80 kg charge. The vehicle was rendered inoperable, but the crew survived with minimal injuries.