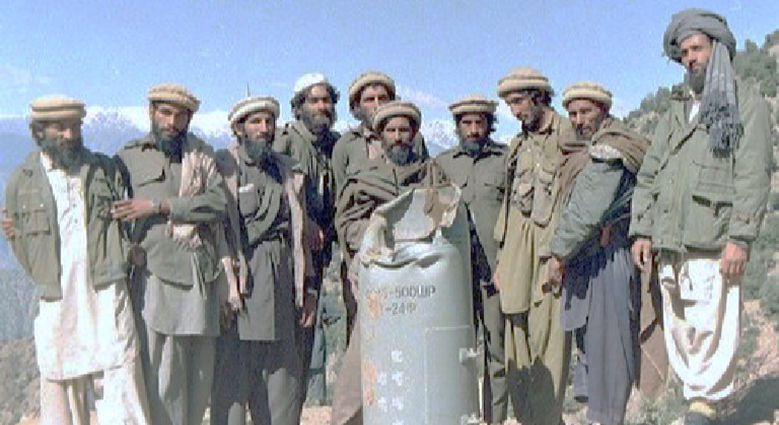 Captured documents, taken from battlefields in southwestern Azerbaijan, provide the first hard evidence that Afghan troops hired by the Azerbaijan government were actively involved in recent fighting with Armenian forces.

Security authorities in this mountainous region, which is the stronghold of ethnic Armenian forces, showed the Monitor a collection of material including Islamic literature printed in Afghanistan, notebooks and charts on the organisation of artillery units, unmailed personal letters addressed to Pakistan and Afghanistan, and an array of personal snapshots of the Afghan warriors taken in identifiable locations within Azerbaijan. Most of the documents were written in either Dari, the Afghan dialect of Persian, or Pashto, the language of the majority of Afghans.

Reports that Azerbaijan had hired a force of more than 1,000 Afghan mujahideen fighters surfaced last week in two Western newspapers, citing diplomatic sources in the Azeri capital of Baku. Azerbaijan government officials subsequently denied those reports. But the material provided to the Monitor is the first concrete evidence obtained by a Western news organisation verifying those initial reports.

The decision of the Azerbaijan government to involve Afghan mujahideen into its five-year undeclared war with the Armenians fighting for self-determination of Nagorno-Karabakh marks a turning point in that conflict.

After long periods of fighting in which the advantage seesawed between the two sides, the Armenians consolidated control of Karabakh last year, and then invaded Azerbaijan in March. In quick succession, Karabakh troops seized the crucial Kelbazhar corridor between Karabakh and Armenia and then began capturing key Azeri towns to the south and east of Karabakh. In all, Karabakh controls one quarter of Azerbaijan’s territory.

Armenian officials now warn that the introduction of Muslim Afghan fighters poses the danger of turning the conflict, between Christian Armenians and Muslim Turkic Azeris, into a religious war. It further intensifies the danger of broadening of the conflict to involve neighboring Iran and Turkey, provoking a reaction from Russia, which also borders this region. (Azerbaijan and Armenia are both former Soviet republics.)

“The Azeris want to turn this war into a religious one, which we haven’t accepted from the beginning and which we won’t accept,” says Robert Kocharian, the head of the State Committee on Defense of Nagorno-Karabakh and the de facto ruler of this enclave. Karabakh now claims its status as an independent republic.

“Involvement of new forces in this conflict will only make the situation more complex,” echoes Armenian Republic President Levon Ter-Petrosyan, in an interview in his office in Yerevan. “It creates the preconditions for internationalising the conflict, which is neither desirable for us or for Azerbaijan, nor for the international community.” Desperate move

The decision of the government of President Geidar Aliyev to involve the Afghans is widely believed to reflect their desperation after a string of military defeats at Armenian hands.

In mid-August, according to the Western newspaper reports, deputy Interior Minister Roshan Jivadov made a secret trip to Afghanistan. He met there with Gulbuddin Hekmatyar, the Afghan premier and head of the Islamic fundamentalist Hezb-i-Islami faction, and reportedly made a deal. Western sources in Yerevan believe the fighters came from the Hektmatyar group itself.

Starting about two months ago, the Karabakh military began intercepting radio signals in Dari, according to Kamo Abrahamiam, the head of the National Security Department. Mr Abrahamiam, a former Soviet paratrooper trained in the Dari language for service during the war in Afghanistan, said the intercepts indicated that Afghans were deployed in several separated locations.

Despite some evidence of the presence of Afghans, they were surprised when an attack was launched on Oct. 21 on Armenian lines in the Jebrail region in southwest Azerbaijan, breaking a long cease-fire. “We were attacked by a battalion of about 300 Afghan soldiers,” Abrahamiam says.

Within two days, on Oct. 23, the Armenians mounted a counteroffensive, rapidly driving the Afghans and their Azeri allies out of Azerbaijan territory, capturing the Jebrail, Fizuli, and Zangelan regions which border Iran. The Afghans, who Abrahamiam says were heavily armed with standard Soviet infantry weapons and fought with far greater discipline and ability than the Azeris, removed their dead from the battlefield. But in the town of Goradis, near the Iranian border, and in Zangelan, Armenians found documents in buildings that housed the Afghan troops.

Among the material laid out on a table in Abrahamiam’s office were several religious pamphlets in Pashto and Dari, one of them marked as publication of the Scientific Islamic Society of Afghanistan. (An interpreter accompanying this reporter who was also trained in Arabic and other oriental languages was able to verify these translations). Others bore the Afghan coat of arms. Afghan weapons manuals

One handwritten notebook contained a vocabulary list, with Azeri terms written down one side and Dari down the other. Another notebook contained an extensive manual on how to fire artillery weapons, with charts on how to compute trajectories. A neatly ruled chart listed various artillery weapons with their various capabilities such as range and weight.

A faded document bore the letterhead, in English and Pashto, of the Ministry of Education of the Islamic State of Afghanistan. Handwritten in Russian on several pages presumably by Azeri authorities, there is a list for the mujahideen to register their personal weapons. About 100 typically Afghan (or Pakistani) names are present such as Ferhad Abdulrazak or Nizamuddin Inatullah, by no means of Azeri origin.

But the most convincing proof is a set of photos, mementos of the Afghan fighters, clothed in the characteristic garb, of their stay in Azerbaijan. In many of them, Russian-made cars with Azeri license tags are visible in the background. One was the type typically taken by professionals at Soviet tourist sites, with the inscription of a major northwestern Azeri city on the bottom – “Ganzha, 1993,” it reads.

A number of the photos appear to have been taken at the training camp of the former 104th Airborne Division of the Soviet Army near Ganzha. “I was trained there,” says Abrahamiam. “I know this place very well. I crawled over every millimetre of it on my belly.” In the photos he identifies an open air cinema and a warehouse. But even without his identification, a parachute practice jump structure is visible in the background of one picture.