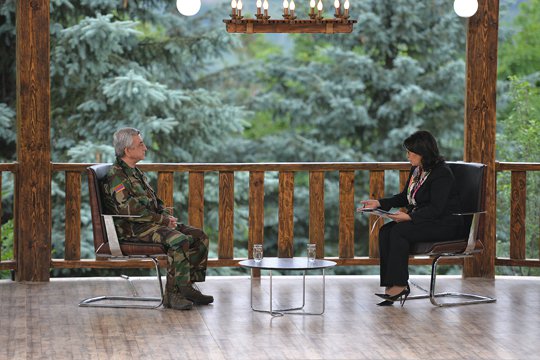 In an exclusive interview given to a reporter from the “Armenia” news media channel, the Armenian President made a comment that will surely find echo throughout the region, aimed unquestionably at neighbouring Azerbaijan.

Although the use of this high-technology missile is unlikely under the current circumstances, its use during a full-fledged war is very possible. The symbolic importance of these words could possible put Russian-Azeri relations in a tough position, as it becomes clear that Russian supplied arms to Armenia remain out of the control of Moscow, with the Armenian military being able to use them against Azerbaijan.  This is the first time such a comment has been mentioned, which, without a doubt come at a time of high tension on the line of contact between Karabakh and Azerbaijan.