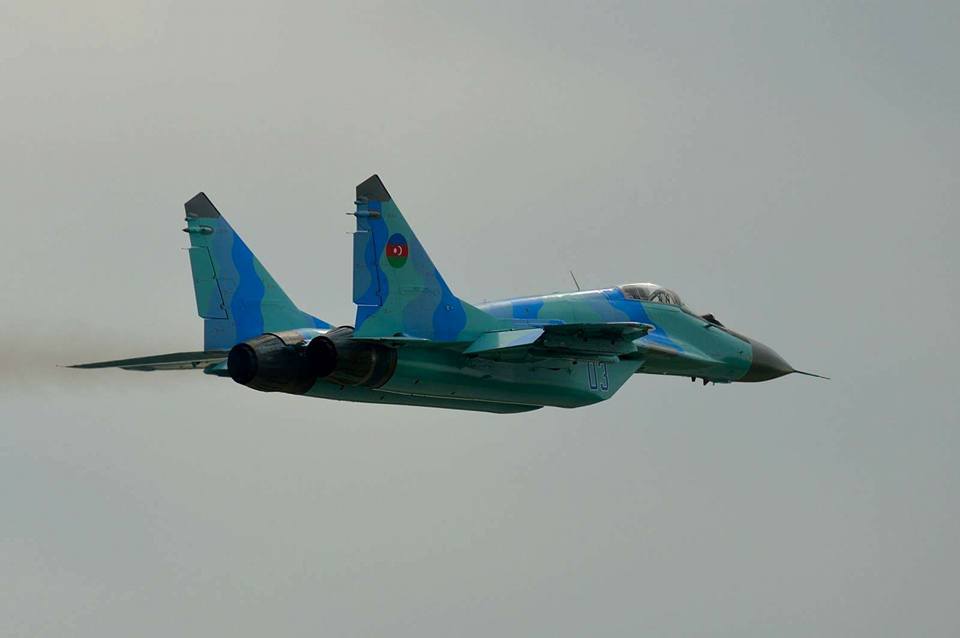 Lvov’s Aircraft Repair Factory in Western Ukraine approved the final statement on several Azeri MiG-29’s it had been repairing.The state-owned factory, the biggest of its kind in the Ukraine and eastern Europe, had received the batch of aircraft from Azerbaijan earlier this year. The factory specialises in repairing and renovating old aircraft, and such was done on these fighters.

The hangar area of the  factory showing MiG-29 aircraft

Information on the deal remains classified, however it is possible to deduce that the authorities in Baku are having difficulties obtaining new fighter-bomber aircraft, they have instead resorted to renovating used aircraft, that still lack the state-of-the-art technology many modern militaries seek.

Ukraine has been quite active in its arms sales to Azerbaijan since the 1990’s. According to the Stockholm International Peace Research Institute (SIPRI), Kiev has sold hundreds of pieces of military hardware in the last two decades including Mi-24 combat helicopters, 120mm artillery guns and in recent years supplied the country with around 20 BTS-5B armoured vehicles.

The Ukraine has come to be an inexpensive alternative for Azeri authorities who seek to decrease their dependence on Russia for arms supply, but at the same time keeping their Russian-made arms.  As the Ukraine produces many of the Soviet/Russian-made arms which make up for 80% of Azerbaijan’s military hardware, the two have sought close relations in recent years.

Lvov’s Aircraft Repair Factory dates back to the 1930’s and played an important role in Soviet aviation history.