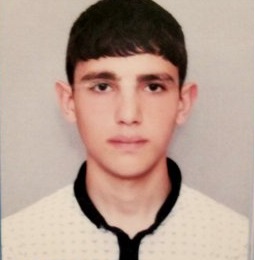 On 14 August 2017 19-year old army conscript Arman Movsisyan was shot and killed by Azeri fire at a border outpost in the northeastern region of Martakert in Nagorno Karabakh. The incident happened around 11.00h local time, when Movsisyan was shot by most likely an Azeri sniper. He sustained severe head injuries from which he died.

Movsisyan, who was a native of Arshaluys village (Armavir region)  was drafted into service in the summer of 2016, and leaves behind a younger sister and his parents. For his service, the fallen serviceman was posthumously awarded the Combat Service Medal by President Bako Sahakyan.

Arman Movsisyan is the first victim of the Ceasefire violation in Nagorno Karabakh since mid July, when conscript Vazgen Poghosyan was killed in the eastern region of Martuni. Preceding that, four servicemen were killed between 16-17 June  in two separate incidents, the first one of three servicemen (Arayik Matinyan, Vigen Petrosyan and Vardan Sargsyan) that died as a result of grenade fire launched by the Azeri side in the region of Martuni, while the second one of Narek Gasparyan on the northern border.

Elsewhere on the frontline, the region of Tovuz (Azerbaijan) bordering Tavush (Armenia) was the scene of serious exchanges of fire between Armenian and Azerbaijan, which resulted in the deaths of several servicemen on both sides.  So far, 2017 has taken a toll of nearly 40 servicemen each on both sides, some of which were combat-related deaths, while around half were not.