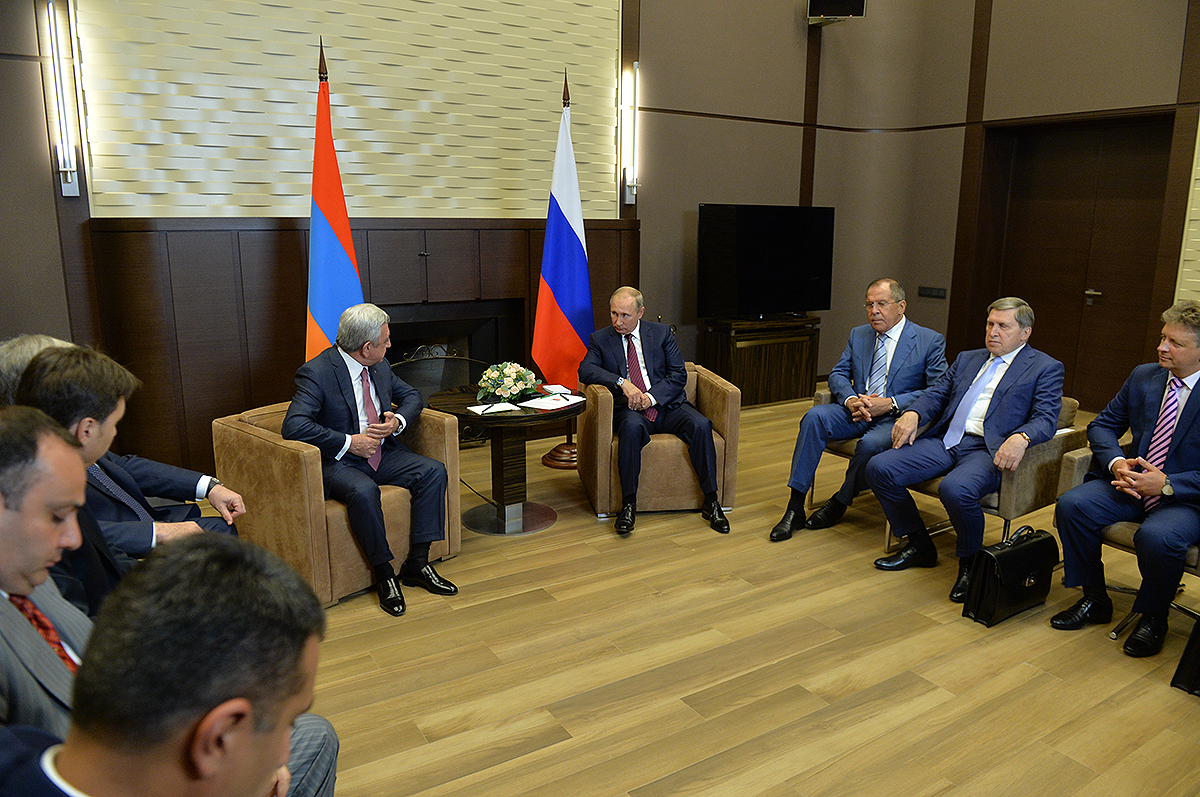 Russian leader Vladimir Putin received his Armenian counterpart Serj Sargsyan today, 23 August 2017, during what was an official meeting in the Russian coastal city of Sochi. Putin had three important meetings that same day, with Israeli leader Benjamin Nethanyahu and the Vatican’s Secretary of State Pietro Parolin besides Armenia’s President.

This Sargsyan-Putin meeting highlighted bilateral as well as multilateral cooperation. Exact details of what was discussed during the meeting remains unclear. Official publications from both sides have expressed a series of generic issues discussed by the two, including developing further joint projects in the political and economic realms.

This was the second official meeting between the two leaders this year, the last one being in March.