Azeri conscript Bahruz Jalilbeyli, who murdered an officer and two other servicemen on 27 September of this year at a military base near Julfa, Nakhichevan has yet to be found.  The commander of the military outpost where he served was taken into questioning along with the remaining three conscripts. There have been different accounts as to his whereabouts, but so far no news on the issue has been officially published.

Some news spread about Jalilbeyli being in Tivi village in Ordubad, and that he had supposedly made a telephone call to his sister from there according to the telephone signal. Official police searches however found no trace of him there. A high-ranking member of the Defence Ministry, who wished to remain anonymous, mentioned that there were also rumours that Jalilbeyli had fled to the village of  Abrakunus just north of Julfa. Yet again a search turned out nothing.

In Nakhichevan city cameras recorded what was thought to be an individual similar in looks to Jalilbeyli. A massive manhunt was carried out with Interior Ministry agents, with the participation of members of the Border Guards and other police forces. Nakhichevan was in a state of emergency, all roads leading to Julfa were blocked by police forces in uniform and civilian clothes and checkpoints were established. Every vehicle was stopped, people’s identity cards were checked, and yet again no news on Jalilbeyli’s whereabouts found.

Some say Jalilbeyli might have fled across the heavily-guarded border and surrendered to an outpost on the Armenian side with the murdered officer’s telephone and personal items, besides food rations and munition. Armenian authorities have not released any comments regarding this scenario, but this remains very possible considering that Jalilbeyli faces either life in prison or an “accidental” death in prison for “treachery against the fatherland”.

In the case that Jalilbeyli really did flee to Armenia it is not likely that the authorities in Yerevan would even comment on the issue.  Better than just publish the news on his whereabouts, Jalilbeyli could be interrogated and given a new identity, as long as he is willing to collaborate. There have been numerous examples of these types of cases all over the world in areas of conflict.  Could Jalilbeyli have fled to Armenia from the mountains of southeastern Nakhichevan? 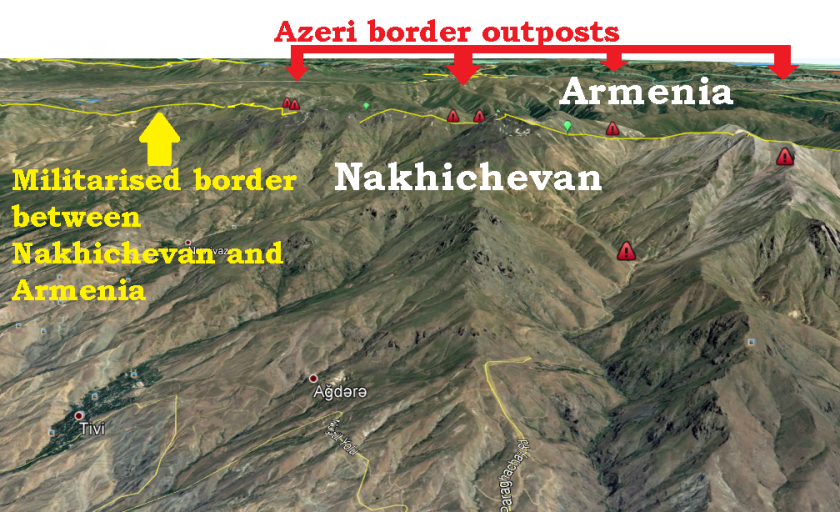