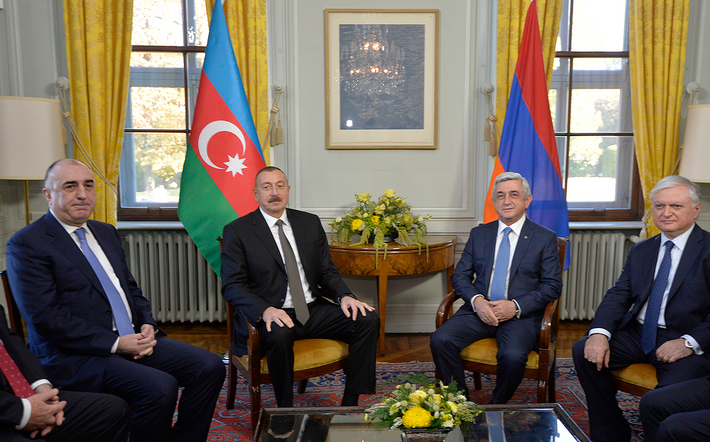 The leaders of Armenia and Azerbaijan met in Geneva today, 16  October,  during an official meeting aimed at agreeing to terms for measures to further weaken the tension between the two, avoiding losses at the front. However, no specific agreement on any solution, nor precise measures have been made public, for which some speculate the symbolic nature of the meeting.

After the meeting, Armenian President Serj Sargsyan stated met with representatives of the Swiss Armenian community at the Armenian Embassy in Geneva, during which he made his first statement on the meeting:

“A few minutes ago, the meeting with the Azeri President ended. We have no concrete agreements on about options for solving the [Nagorno Karabakh] issue. But we have agreed to take measures to further weaken the tension to avoid losses on the front line”

The foreign ministers of Armenia and Azerbaijan, as well as the OSCE Minsk Group co-chairs likewise made official statements on the results of the negotiations.

In a joint statement, it was noted that the presidents agreed to speed up the negotiation process and take additional measures to alleviate the tension on the frontline.

The meeting of the Presidents took place on the initiative of the OSCE Minsk Group Co-Chairs. The meeting was attended by the Foreign Ministers of the two countries, as well as OSCE Minsk Group Co-Chairs Igor Popov (Russia), Andrew Sheffer (USA), Stefan Visconti (France) and Personal Representative of the OSCE Chairperson-in-Office Andrzej Kasprzyk. 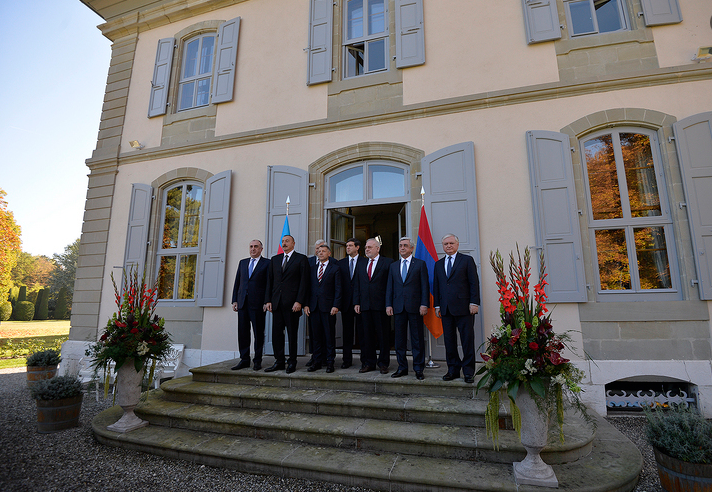