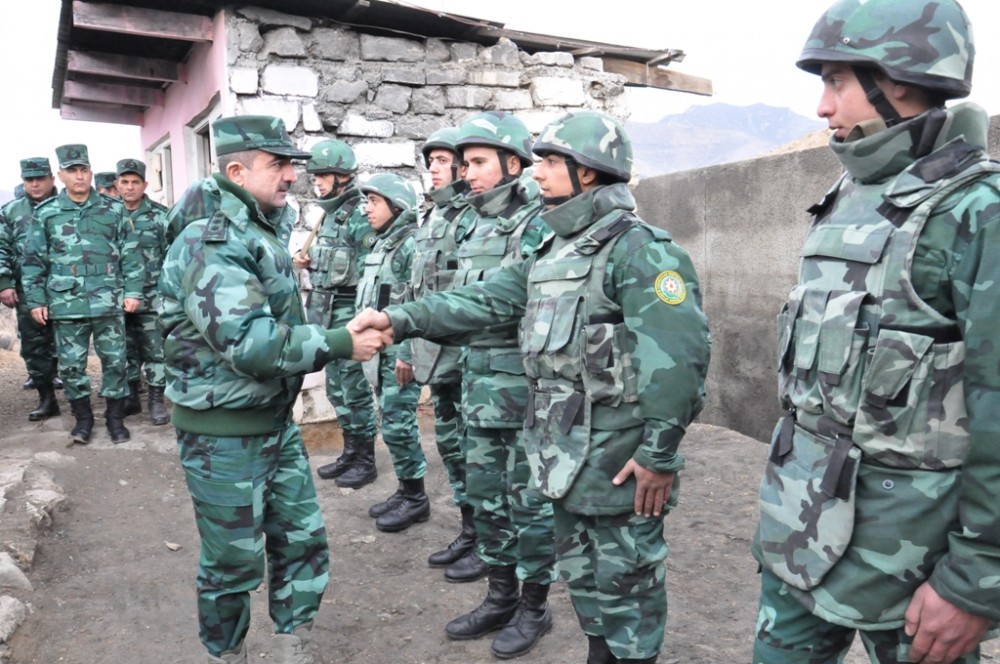 During this last week of December Azeri border guards, offically called the State Border Service(SBS), took up new assignments on the Azeri-Armenian border, more precisely near the towns of Agstafa and Qazax. The head of the SBS Elchin Guliyev paid a visit to his troops, who, although are not members of the Armed Forces, are ranked as equivalent to them in terms of military training and armament.

For some time the border troops were undergoing special training to obtain the corresponding combat skills needed for tasks on the border with Armenia, where border skirmishes occur frequently. In the past, the SBS has been assigned to look after Azerbaijan’s border with Iran, Georgia and Russia, leaving the border with Armenia and Nagorno Karabakh to the military. However, starting November the shift to using border guards on the  Armenian border gained momentum and was eventually implemented.

The military garrison assigned to the Armenian border segment will now most likely be reassigned to other areas on the border (with Armenia) or the line of contact (with Nagorno Karabakh). Some experts say they have already been transferred to areas bordering Nagorno Karabakh, others say they will be used as reserves in case a future armed conflict breaks out on a large scale.