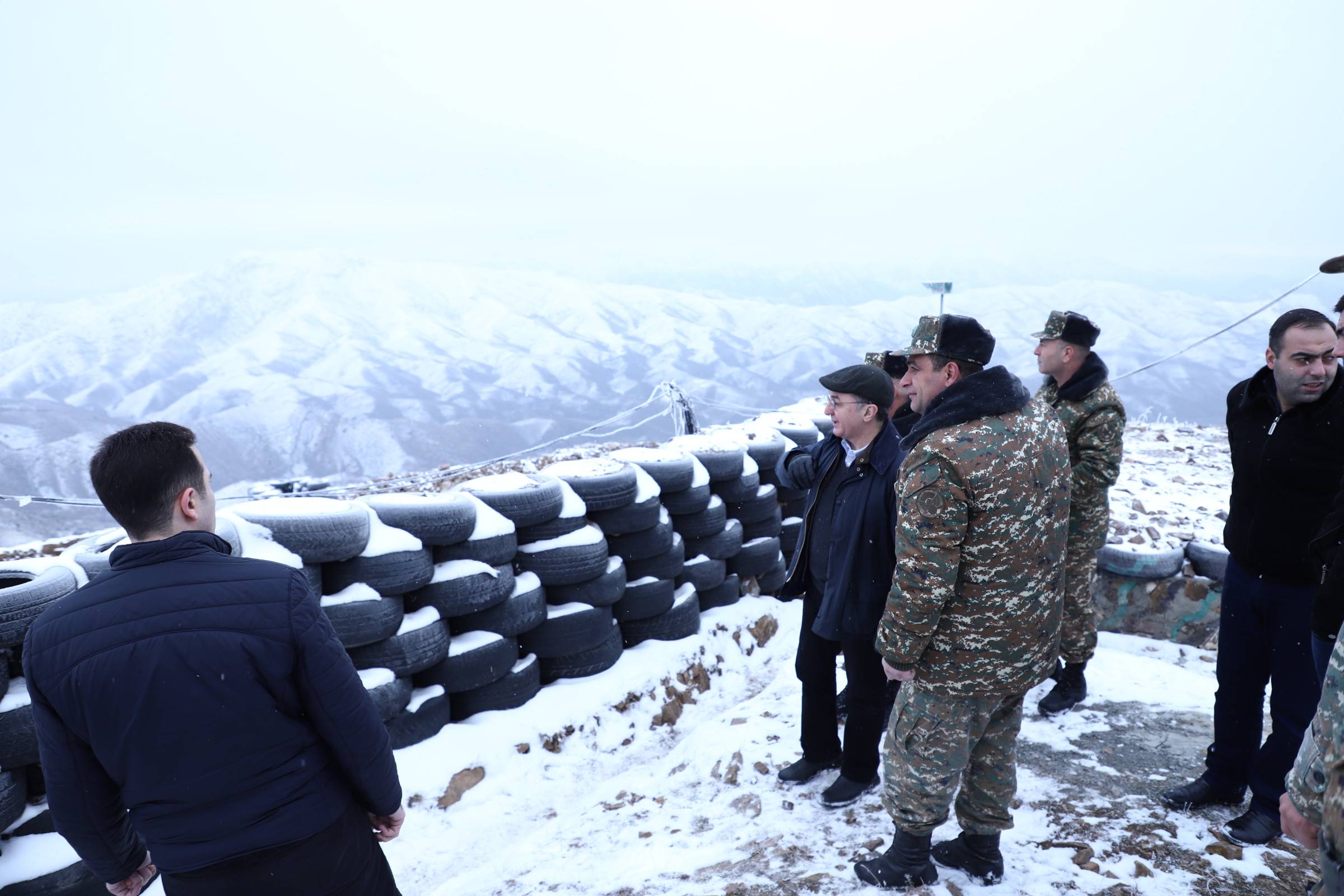 In a rare event, the acting Foreign Minister of Armenia, Zohrab Mnatsakanian paid a visit to Armenian troops stationed at border outposts. The visits took place along the border between Armenia and the Azerbaijani Autonomous Republic of Nakhichevan.

on 30 December 2018, Mnatsakanian greeted troops and passed on his best wishes for the New Year and Christmas, mentioning that the goals of both the Military and the Foreign Ministry are related  in the sense that the work of the latter is the continuation of the former’s achievements, i.e., the implementation of peace.  While commenting on the Nagorno Karabakh issue, Mnatsakanian stated  the importance for the continuation of efforts aimed at maintaining stability and peace in the region.

The border between Armenia and Nakhichevan is highly militarised and stretches for approximately 220 km, it is mainly mountainous. The positions of military outposts vary for both sides from around 1000 to 3900 metres, the average being 2300 metres above sea level. The topography of Nakhichevan essentially provides a large natural barrier against large troop movements, let alone vehicles. The border is relatively calm, with the exception of  some periodic cross-border fire , which normally take a toll of 1-2 soldiers from both sides per year.

An officially published video of the visit