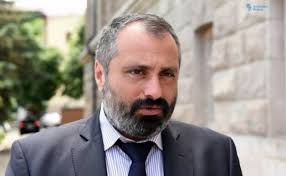 Situation on line-of-contact has been stable – Davit Babayan

Davit Babayan, a high-ranking official within the Nagorno Karabakh government, made clear that “the situation on the line of contact remains stable, but not without its violations”, meaning that although no major military incidents have occurred between Armenian and Azeri forces, border crossfire has still taken place.

When asked about the morale of Armenian troops during these holidays he responded, “naturally its festive, but at the same time they are more alert, obviously being alert is necessairy… but particuarly on [major] holidays ոone must be even more alert”.

The President’s spokesperson also mentioned that compared to last year at this same time, the border regions are a bit more calm in terms of ceasefire violations.