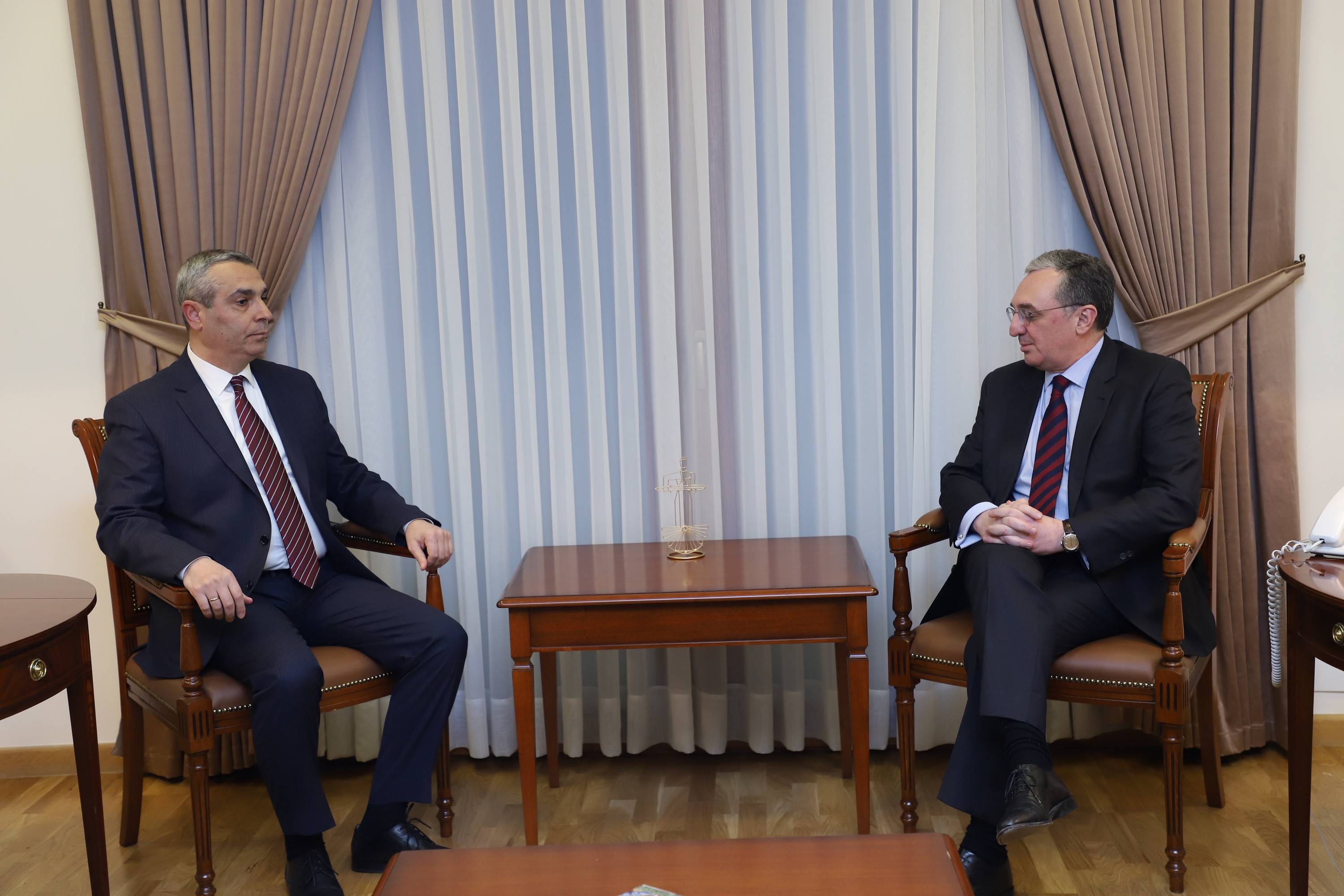 On 12 January 2019, Nagorno Karabakh Foreign Minister Masis Mayilyan met up with his acting counterpart Zohrab Mnatsakanyan in Yerevan in what is the first official visit between the two this year.

The two discussed issues related to the OSCE Minsk Group, which included further cooperation and peace-building possibilities promoted by the Minsk Group co-chairs. Of equal importance for both are the perspectives of a peaceful solution to the Nagorno Karabakh issue, stressed by both during the meeting.

Armenian Foreign Minister Mnatsakanyan stated the importance of  peace and confidence building measures such as decreasing tension on the border areas and line of contact as a means to reach a peaceful end to the conflict. The  two ministers stressed the importance of periodic meetings for bilateral consultations and cooperation. The two often conduct official and un-official consultations, particularly before important bilateral meetings where the Nagorno Karabakh issue will be discussed, i.e., meetings with foreign governments and international organisations.