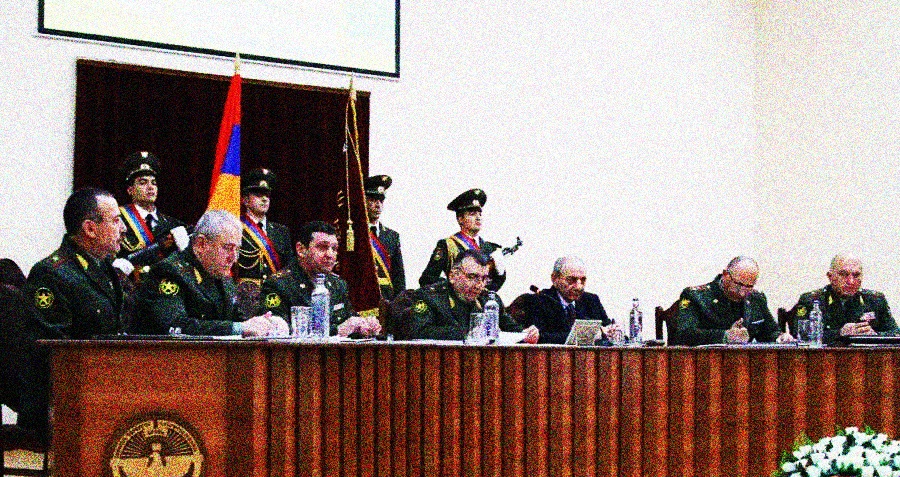 On 24 January 2018, the President of Nagorno Karabakh, Bako Sahanyan participated in the annual Military Council Summit aimed at summing up military developments in the past year. Present during the meeting were high-ranking military officials from the Defence Army (the equivalent of a Ministry of Defence), including the Commander-in-Chief of the Armed Forces Karen Abrahamyan, the top regional military district commanders and their vice-heads, military-judicial officials and heads of the major departments in the military structure.

According to official information, among the developments discussed was the progress in the military intelligence realm, general mobilisation improvements and combat-readiness tactics, communications, engineering reformation assignments, troop moral and discipline, maintenance performance related to military vehicles and equipment,  the strengthening of relations between officials and soldiers and integration of cooperation among other issues.

The summit concluded with President Bako Sahakyan expressing his satisfaction for the overall performance of the military last year and underlining the continuity of policies aimed at perfecting combat readiness and expanding the states welfare policies to further incorporate and benefit military families.

2019-01-25
Previous Post: Thomas de Waal on current developments around Armenia and the Nagorny Karabakh conflict
Next Post: “How Ready Are Armenia and Azerbaijan for Peace?” – Laurence Broers