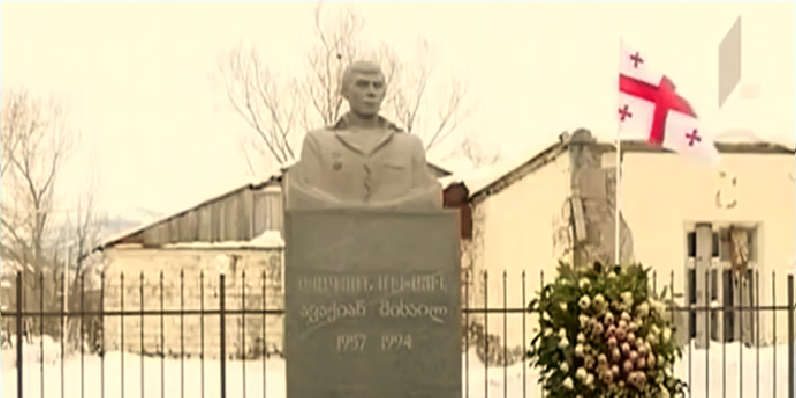 On 20 January 2019, a monument dedicated to the Nagorno Karabakh war veteran Mikhail Avagyan was inaugurated in Bughashen, in southern Georgia. Avagyan fought on the Armenian side and was killed a few months before the conflict ended in 1994, was a native of Bughashen, which lies in the mainly Armenian-populated region of Samtskhe-Javakheti (or Javakhk as Armenians refer to the region).

Azeri authorities in Baku have protested against the monument through diplomatic channels to their Georgian counterparts.  The Georgian Ambassador in Baku was summed to the Azerbaijan’s Foreign Ministry regarding the incident , alongside  that, the Baku’s Ambassador in Tbilisi send a note of protest to the Georgian Foreign Ministry. Azeri authorities claim Avagyan participated in massacres during the war in Karabakh in the 1990s, although no sources for the information were provided, neither by official nor unofficial sources.

The  Armenian Ambassador to Georgia was present during the inauguration ceremony, as were other high-ranking officials. Nonetheless, some Georgian politicians remain divided on this issue, the most vocal ones stating that such a monument compromises the country’s neutrality towards the Karabakh issue, in itself, compromising bi-lateral relations between Armenia and Azerbaijan as a result.

Some Armenians and Georgians have also voiced dissatisfaction regarding a monument and park in Tbilisi dedicated to the former Azeri President Heydar Aliyev, stating that such things also constitute a major factor for the country’s neutrality. At the time of writing of this briefing no major changes have taken place.

Georgian news report on the incident