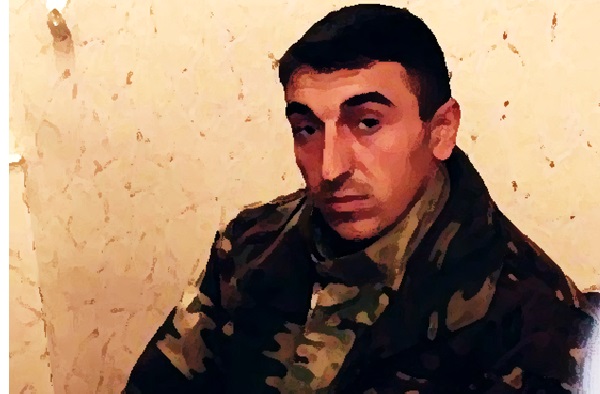 On 05 February official sources from within Stepanakert made public information regarding the release from prison of Elnur Huseynzade, an Azeri army officer who was captured in an Armenian trench in the northeastern region of Martakert, Nagorno Karabakh in 2017.

A possible area of the incident, 2 km from Topqaraqoyunlu village

The incident occurred on 01 February 2017, when, according to the Armenian authorities, Huseynzade along with a small military unit set off to conduct a covert operations sabotage raid on a nearby Armenian outpost near the village of Tapqaraqoyunlu. The raid was thwarted and Huseynzade was captured by Armenian soldiers.

Huseynzade was quickly apprehended by Armenian soldiers manning the trenches and was handed over to military police, who eventually handed him over to judicial officials for prosecution. In trail, Huseynzade was charged with illegally entering Nagorno Karabakh territory and sentenced to 2 years.

The Azeri government has denied that Huseynzade was a serviceman, stating that he had been discharged, and also refuted Armenian claims that a military operation had taken place on the date of the incident.

Upon being released from prison in Stepanakert (also called Khankendi by the Azeri side), Huseynzade insisted on being extradited to a third country, refusing to return to his native Azerbaijan, in part, “due to the possibility of prosecution from government”, as allegedly stated by him.

Azeri authorities have already announced an international arrest warrant for Huseynzade and have demanded his return to Azerbaijan, alleging a lack of discipline as one of the reasons for his arrest warrant. He is being charged with high treason under the article 274 of Azerbaijan’s Penal Code:

There is no further comment as to what country Huseynzade will go to, his whereabouts however will be closely monitored by Azeri intelligence, and it is expected that Baku will seek to have him extradited from wherever he is found.