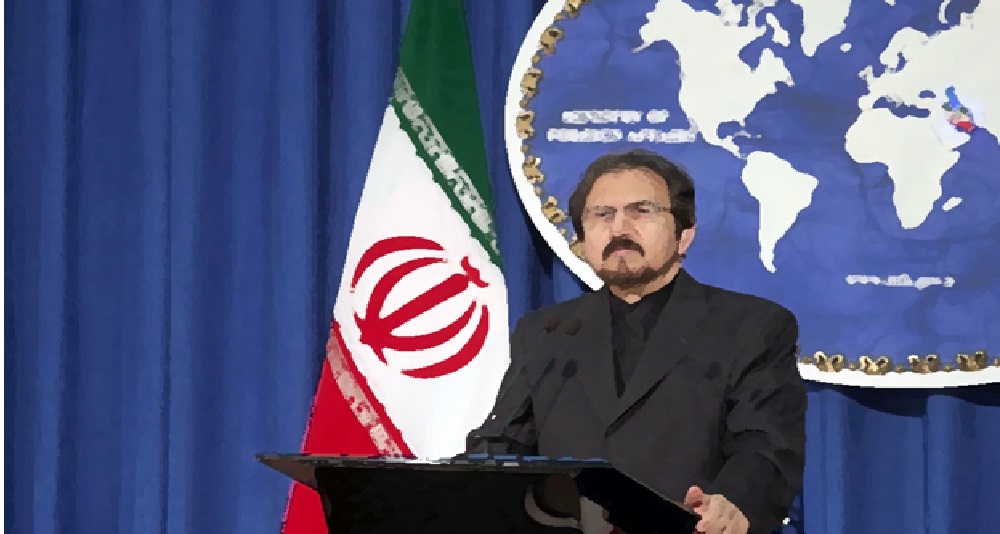 PRESS TV – Karabakh dispute must be settled through dialog: Iran

Iran has reiterated that it pursues a “transparent” policy toward the dispute between Azerbaijan and Armenia over the Karabakh region, stressing the importance of finding a peaceful resolution to the issue through diplomatic channels.

“The Islamic Republic of Iran believes that this issue… must be settled in accordance with international principles and through dialog,” Iranian Foreign Ministry Spokesman Bahram Qassemi said in an interview with the Organisation of Asia-Pacific News Agencies (OANA), which was published on Sunday.

He pointed to a visit by Armenian Prime Minister Nikol Pashinian to Tehran this week, saying Iran also believes that stability, security and economic development of Azerbaijan, Armenia and its other neighbouring countries are essential to all-out development of the sensitive region.

“It is important for the Islamic Republic of Iran that its relations with Armenia and Azerbaijan Republic are not affected by the Karabakh conflict and Iran is still following up on its principled and wise policy in this regard,” Qassemi said.

The Iranian spokesperson emphasised that Iran’s relations with its neighbours would not harm the interests of other countries in any part of the world.

Azerbaijan has been engaged in a dispute with Armenia over Karabakh; an Azerbaijani territory seized by Armenian separatists in a bloody war in the 1990s.

Some 30,000 people were killed in the conflict, which ended with a fragile truce in 1994. The two former Soviet republics are technically still at war and have yet to reach a permanent peace agreement on the issue.

Addressing a joint press conference with his Azeri counterpart Ilham Aliyev in Baku in March 2018, Iranian President Hassan Rouhani underlined the need for respecting the territorial integrity of all countries, saying the Karabakh dispute must be settled through diplomacy.

“The territorial integrity of countries and the geography of the region should not be changed,” Rouhani said, adding that Iran and Azerbaijan agreed that regional crises must be resolved through political means.