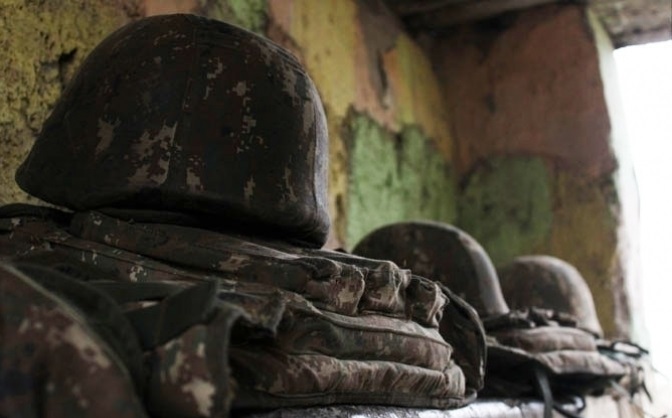 Soldier death at a military outpost

On 12 March, the Defence Ministry of Nagorno Karabakh officially announced the death of an Armenian soldier at a military outpost on line-of-contact.  19-year-old Karen Karapetyan was found with a fatal gunshot wound, initial findings brought about evidence of murder. A fellow serviceman of Karapetyan was detained and a criminal case launched based on article 104.1 of the Armenian Penal Code on homicide, which states:

Homicide, unlawfully and intentionally depriving of life of another [person] intentionally, is  punished by imprisonment from eight to fifteen years.

This incident comes amid large-scale military exercises carried out by Azerbaijan involving around 10.000 troops and 500 armoured vehicles, officially announced as an offensive operation simulation.

During this same week, Armenian Prime Minister Nikol Pashinyan met with the de facto Nagorno Karabakh President Bako Sahakyan, both accompanied by their Security Councils to discuss issues related to the OSCE negotiation process and other defence and security-related issues.

2019-03-13
Previous Post: Press Statement by the Co-Chairs of the OSCE Minsk Group on the Upcoming Meeting of President Aliyev and Prime Minister Pashinyan
Next Post: OSCE conducts ceasefire monitoring mission on the line-of-contact