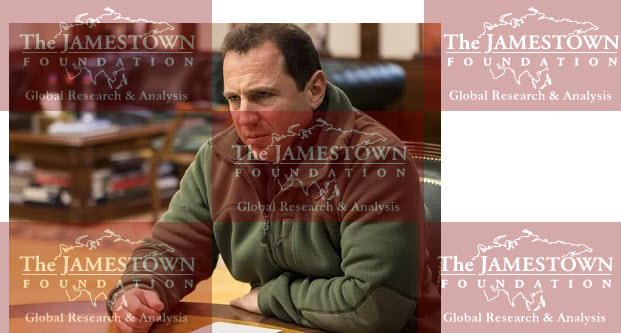 Even as Armenia and Azerbaijan have intensified their diplomatic contacts over the future status of the latter’s breakaway Karabakh region (see EDM, February 13, March 4, April 1), both rivals concurrently continue to consolidate their military capabilities, considering an escalation in tensions almost inevitable. Both sides have been reevaluating their military strategies and hardening their rhetoric. In this context, Armenia’s Defense Minister David Tonoyan, a reformist long-serving member of Nikol Pashinyan’s government, represents the hawkish faction of the current Armenian political elite. And in late March, during a visit to the United States, Tonoyan openly rebuked the Azerbaijani side’s zero-sum “land for peace” formula for conflict resolution, in which a bilateral settlement would require that the Armenian side first make territorial concessions to Azerbaijan. Instead, he called on Armenia to prepare to pursue “new war for new territories” (Aravot.am, March 30).

Elaborating on this further, the defence minister made clear that Armenia is now abandoning the long-obsolete “trench defence” strategy in favor of so-called “active deterrence” by boosting the military’s assault capabilities (Tert.am, March 30). This implies that if Azerbaijan undertakes new offensive actions on the scale of the April 2016 “Four-Days War” or larger, the Armenian Armed Forces reserve the right to carry out counter-offensive or preemptive measures to make the adversary pay by losing further territory. Tonoyan has, in fact, long been a proponent of proactive “military diplomacy,” which the Ministry of Defence (MoD) has increasingly pursued in close coordination with and complementing the Ministry of Foreign Affairs (MFA). With this structural function embedded in the MoD’s agenda under Tonoyan, the Ministry seeks to be more independent in defence policy projection, strategy planning and actions based on foresight. Indeed, Yerevan’s decision to send a military-humanitarian mission to Syria was pushed by the MoD as, arguably, a way to enhance Moscow’s confidence in the Pashinyan government (see EDM, September 17, 2018).

Armenia’s tough posture on the Karabakh issue is partially a response to Azerbaijan’s own rhetoric and actions. This past February, Azerbaijani President Ilham Aliyev notably asserted, “[T]oday, the ‘might is right’ principle prevails in the world. This is a new reality. We must be ready for it,” thereby reaffirming that Baku would preserve the military option in case diplomatic negotiations over Karabakh break down (Azvision.az, February 15). At the same time, Azerbaijan noticeably raised the intensity of its military drills in close proximity to the Line of Contact (Karabakh) and near the state border with Armenia, including on the territory of the Nakhchivan exclave. Azerbaijani Defence Minister Zakir Hasanov’s thinly veiled warning—“If [Armenians] go on the offensive, it will give me the opportunity to meet with him [Tonoyan] in Yerevan,” thus implying an armed incursion (1news.az, April 4)—only further inured Armenians to Tonoyan’s “doctrine” of active defence.

Backing Tonoyan’s assertions, Prime Minister Pashinyan further elaborated on Armenia’s evolving strategic defence approach. Pashinyan specifically made clear that the Azerbaijani authorities’ “consistent threatening of [the Armenian] nation is unacceptable” (Premierminister.am, April 6). He concluded that Armenia would respond to any aggression with a peace agenda, but that it was prepared to, if necessary, enforce this peace militarily (YouTube, April 6).

Defence Minister Tonoyan represents a new post-Soviet generation of military officials in Armenia who have been educated in the West and whose mindset regarding security issues is more in line with the mentality prevalent in the North Atlantic Treaty Organisation (NATO) than Russia. On the other hand, over the 30 years of Armenia’s independence, the ideological and identity development of Armenian society has firmly shaped their perceptions of Karabakh (called Artsakh in the Armenian tradition) as an organic and, in fact, “inalienable” part of Armenia. This overwhelming tendency to entirely conflate the status of de jure provinces of Armenia with the de facto Armenian-controlled Karabakh has resulted in the emergence of national security and defence doctrines that essentially equate a military threat vis-à-vis Karabakh with a threat to Armenia’s sovereign territory. And now, this conviction is clearly reflected in Pashinyan’s vision about the future of Karabakh, which he asserts belongs to the “Armenian World” comprised of Armenian citizens and the worldwide Armenian diaspora (Aravot.am, April 22).

Upon assuming his position at the head of the MoD, Tonoyan released his vision regarding the development of Armenia’s defence system, marked by deep and comprehensive modernisation of the Armed Forces as well as doctrinal changes to more effectively meet the spectrum of challenges Armenia faces. Speaking on the evolution of the national mindset, he asserted that Armenian society ought to conclude that serving in the Armed Forces is not a duty but a mission, based on high-minded collective ambitions (Mediamax.am, July 10, 2018). More recently, he declared, “Azerbaijan believes it wields the prerogative of being assertive, belligerent and ambitious and hence has the exclusive right to speak of victory and territories. I want to ensure that they do not and will never have such a prerogative” (Mediamax.am, April 8).

Tonoyan reportedly first floated this radically new Armenian defence strategy while he was a deputy defence minister. He introduced this idea, which he termed “Active Deterrence Doctrine,” during the Organisation for Security and Cooperation in Europe’s (OSCE) High-Level Military Doctrine Seminar, held in Vienna, on February 16–17, 2016 (Azatutyun.am, February 18, 2016). The showcased set of defence/military ideas focused in large part on improving the mobility of military units, enabling these forces to redeploy quickly as (or even the “night before”) an enemy advances.

This Active Deterrence Doctrine underwent several transformations over subsequent years. And the overall trajectory of these reforms and measures appears to signify that Tonoyan’s doctrine seeks to rely on non-conventional elements of classical warfare at the tactical level—notably, pre-emptive strikes. Furthermore, the doctrine rests on the concept of conventional deterrence through punishment—that is, “facing the aggressor on its territory” (Mediamax.am, April 8). The deterrence though punishment strategy has now effectively replaced Armenia’s initial defence concept—essentially, “deterrence though denial,” which had been in effect since 1994.

Earlier this week (April 30), the Armenian MoD reported that the Azerbaijani side fired upon the Voskepar–Baghanis sector of the Yerevan–Tbilisi interstate highway, in the Tavush region of Armenia. As a result of this attack, one Armenian service member was severely wounded (News.am, April 30). This latest violent incident and the overall charged atmosphere of diplomatic negotiations heralds the emergence of a qualitatively new paradigm in the Armenian-Azerbaijani confrontation, perhaps not unlike the lingering standoff between Pakistan and India.

2019-05-03
Previous Post: US Secretary for European and Eurasian Affairs: “US ready to support peaceful settlement of the Naogrno Karabakh conflict”
Next Post: Live-fire tank exercises in eastern Nagorno Karabakh