On Monday, the new Collective Security Treaty Organisation (CSTO) Secretary General candidate from Belarus, Major General Stanislav Zas, visited Yerevan where he was received by the country’s foreign minister Zohrab Mnatsakanian. Zas, who is the current head of Belarus’ Security Council is set to take over the vacant position of  Secretary General of the CSTO in January of 2020. 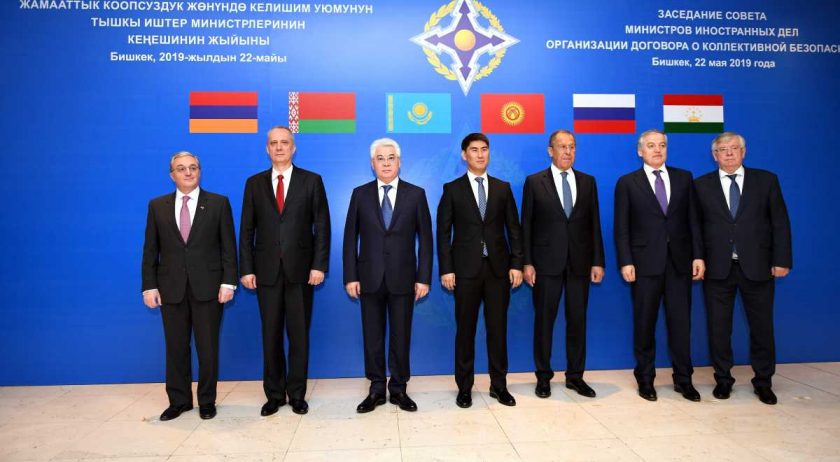 Foreign minister Mnatsakanian highlighted the importance of the CSTO for regional security, as well as the continuation of multilateral co-operation. This visit is a follow up of last weeks meeting of the foreign ministers of the CSTO member states in Bishkek, during which Maj Gen Zas’ candidacy was discussed and accepted.

Maj Gen Zas on his part, pledged to uphold collective security standards and mutual security of all member states.

The CSTO is an inter-governmental organisation between Russia, Belarus, Armenia, Kazakhstan, Tajikistan and Kyrgyzstan. Each member state heads the organisation for a two-year period. In Armenia’s case, Gen Yuri Khachaturov was recalled from the position by the current government of Armenia for internal political circumstances, after which, the seat is temporarily covered by Valeri Semerikov until 2020.

Official footage of the meeting provided by the Armenian Foreign Ministry