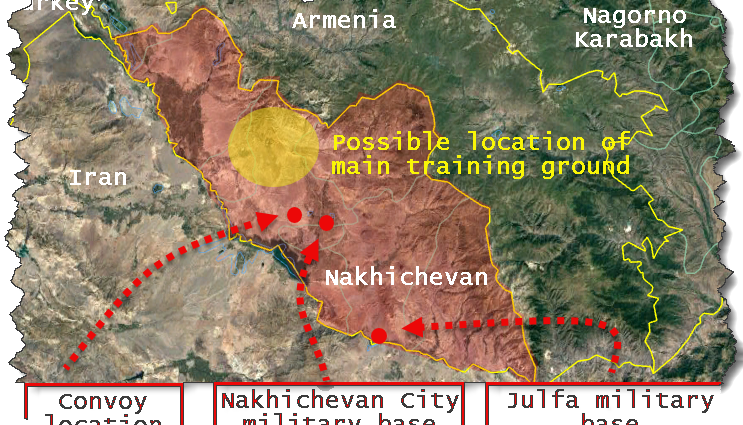 The little information available on Nakhichevan, let alone military activity in the autonomous republic sparked even more interest to conduct a brief investigation based on the geospatial analysis of locations in the official footage provided by the Azeri Defence Ministry.

Today, 07 June 2019, Azeri and Turkish military units started live-fire military exercises in the Autonomous Republic of Nakhichevan.  According to official footage, a motorised infantry unit with light armoured personnel carriers (APC) entered Nakhichevan. The event was announced a week ago by Azerbaijan’s Defence Ministry, as well as their Turkish counterparts a day prior on 29 May, since then, there have been numerous references to the event by officials (1,2,3,4)

Officially, over 5,000 troops will  participate in the event, along side 200 tanks and other armoured vehicles, 180 missile and artillery systems, over 20 helicopters, aeroplanes and unmanned aerial vehicles. It was also mentioned that new modernised weapon types will be tested out.  Considering these numbers, it appears the exercises are more defensive in nature than offensive, due to the lower troop-artillery ratio, which tends to be associated with defensive simulations.

Worth mentioning was that the initial start-off ceremony, that included the exchanging of national flags by military units from both sides, was pictured with Mount Ararat (Ağrı in Turkish) in the background. Some experts on social media have pointed out that this is not a mere coincidence, but is meant to symbolise a defiance towards Armenia, who considers the mountain as its national symbol.

Present in the video were artillery guns (152mm Giatsint, D-20, both 152mm), battle tanks (possibly T-90s), self-propelled artillery (2S Gvozdika), BTR APC’s, OSA anti-air missile vehicles, possibly Turkish ACV-15 APCs, and BM-30 Smerch missile vehicles; it is possible that more armament was used during the exercises and was not pictured in the official video.  More so than the participating forces, a brief geospatial analysis yielded the following.

A map of Nakhichevan and locations of interest for this analysis 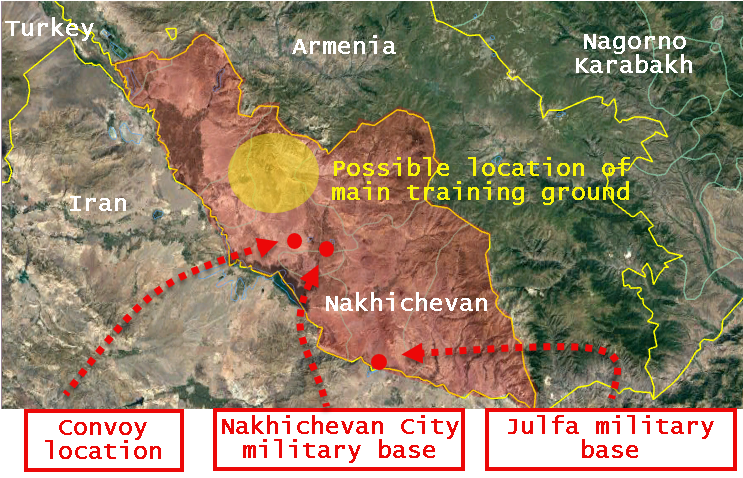 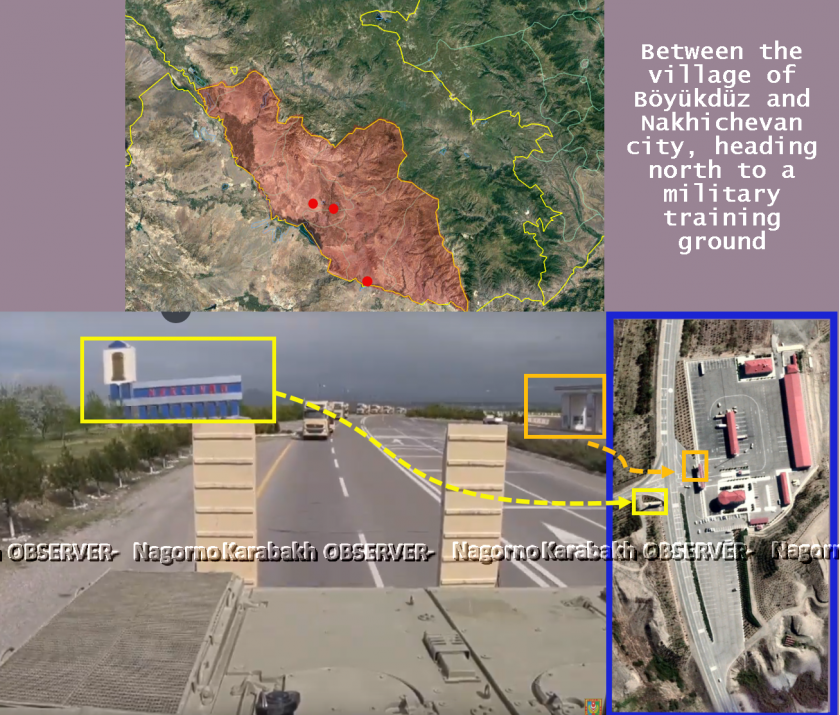 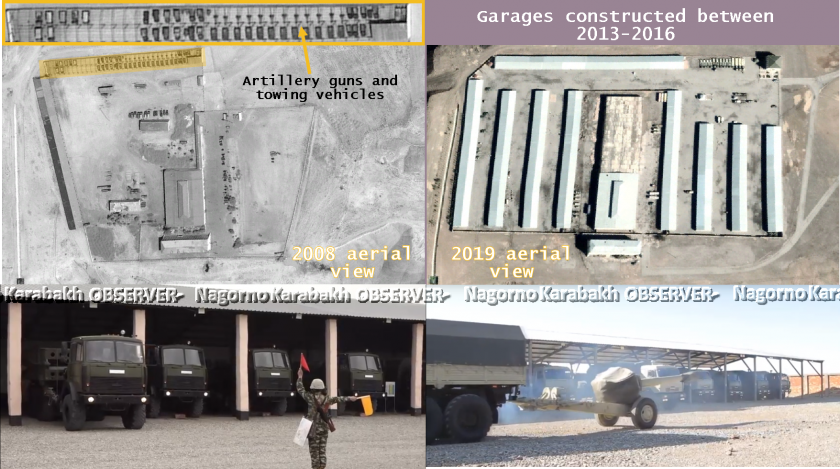 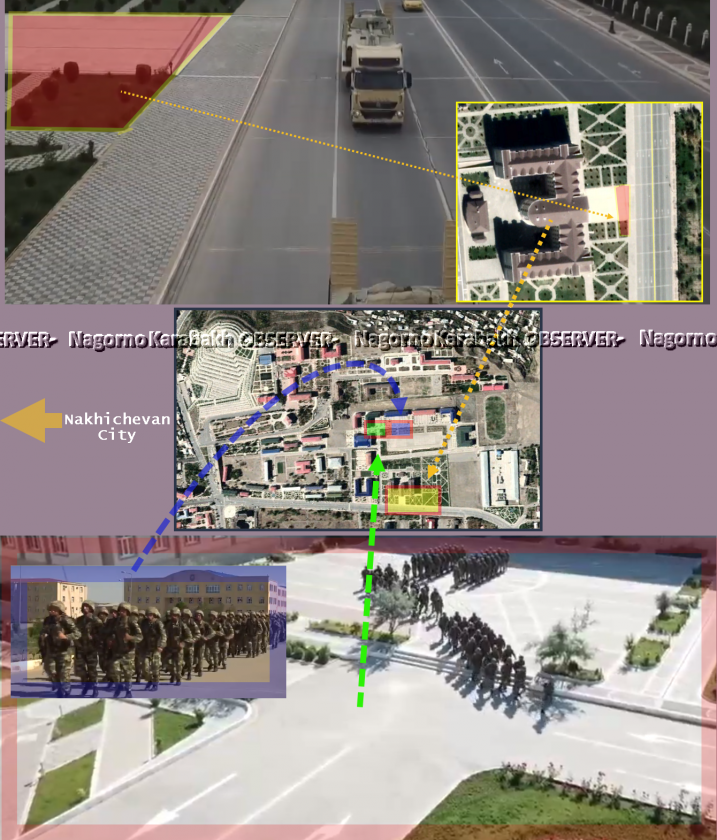 The famous Julfa military base, known for its training ground just north of the installation. 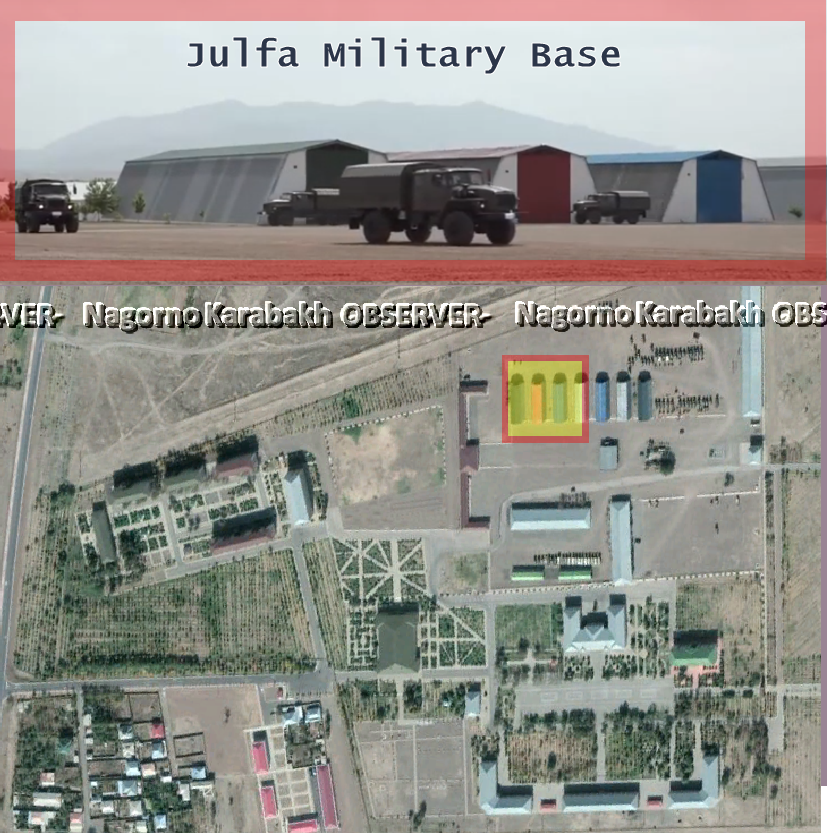 2019-06-08
Previous Post: OSCE Monitoring Missions and a few statistics from January 2015 – June 2019
Next Post: Armenian side reports: 3 major incidents in past weeks