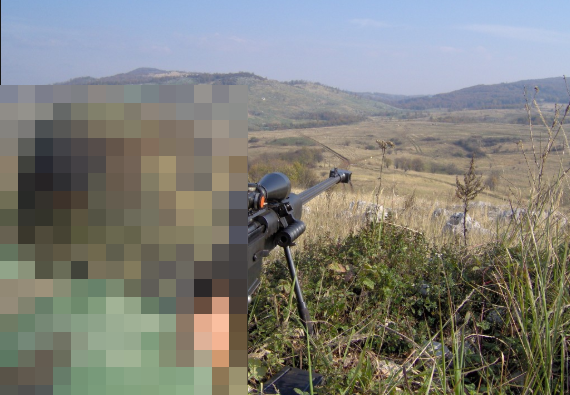 Armenian side reports: 3 major incidents in past weeks

Official information on reported ceasefire violations was published today by the Nagorno Karabakh (officially known as Artsakh) Defence Ministry. This last week has seen a rise in reported ceasefire violations by Azerbaijan, as reported by the Armenian side, with 250 reported incidents amounting to around 2.500 projectiles being fired on Armenian positions. Besides small arms fire, Armenian military officials stated that Azerbaijan also fired four 60mm mortars and 25 grenades (most likely either 30mm or 40mm type) on positions in the northeastern Martakert region. 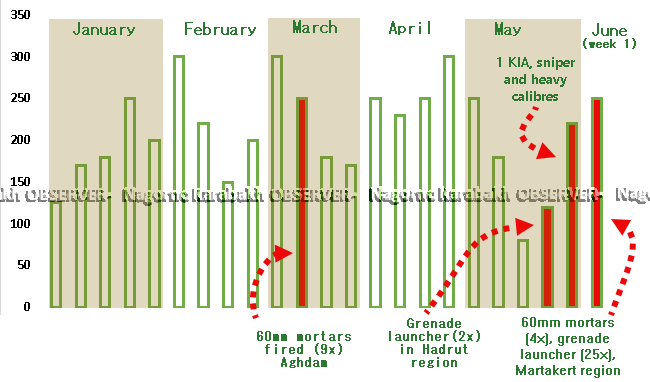 In the past three weekly reports, Armenian officials have reported incidents other than ceasefire violations with small arms fire, something seen only on 13 March this year. The second to the last week of May military officials reported two 30mm (or 40mm) grenade projectiles launched launched at Armenian positions in the southern Hadrut region. The subsequent week saw the loss of an Armenian soldier on 01 June, heavy-calibre sniper and machine gun fire. This past week, it was reported that on 04 June, as mentioned above, 60mm mortars and grenades were launched on Armenian positions.

The Azeri Defence ministry has not commented on these incidents, but did publish information on the death of an officer, reportedly by Armenian fire, on 31 March.  Interestingly, Azeri officials reported the lowest number of ceasefire violations on 06 June, at 18 violations that day; the subsequent day on 07 June, 30 violations, or the second highest number was reported. Azeri officials also reported ceasefire violations by large-calibre machine guns on 03 and 05 June. 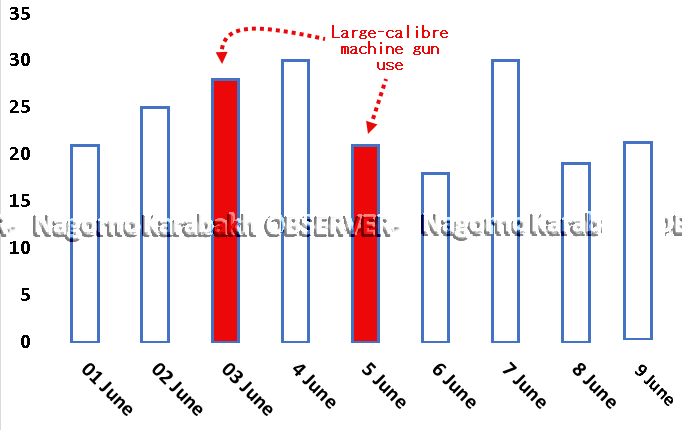 This past week has marked the highest consecutive rise in tension this year, amid the Azeri-Turkish “Indestructible Brotherhood”2019 military drills in Nakhichevan and internal political tensions between the governments of Armenia and Nagorno Karabakh.