Yesterday, 12 June, the Azeri Defence ministry reported on a near hit of one of its drones by Armenian anti-air defence missile over south eastern Nagorno Karabakh. The report stated that the Armenian side fired on an Azeri drone during a planned training flight with two OSA anti-air missiles.  Geospatial analysis shows the location of the incident is near the abandoned town of Fizuli.

Although Armenian officials have not commented on the incident, Armenian military journal Razm.info provided its expertise on the matter, expressing doubts on the credibility of the Azeri report. The reasons provided were 1)there is no way to confirm the incident happened on 12 June, 2)the area in the video is 13 km behind the line-of-contact on the Armenian side; thus, casting further doubt on weather it was a training flight, and 3) the missile travels towards the UAV that is filming, but no other flying objects are visible; the possible target was not necessarily the UAV that was flying. 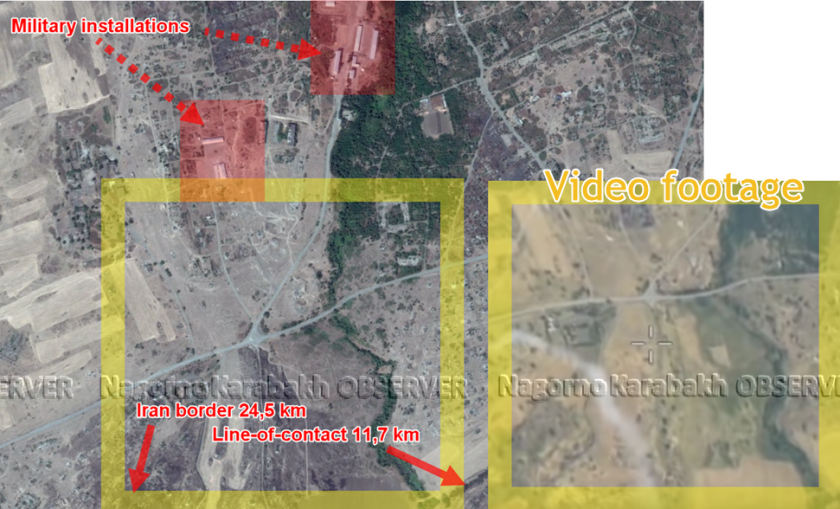 While many questions on this incident remain unanswered, its publication by the Azeri authorities comes just one day after military officials in Stepanakert, and subsequently Armenian’s defence minister himself stated that Azeri drones were under their anti-air surveillance.

Tensions between the two sides at this moment remain high, with several soldiers lost this month due to border skirmishes and notable ceasefire violations with mortar rounds.