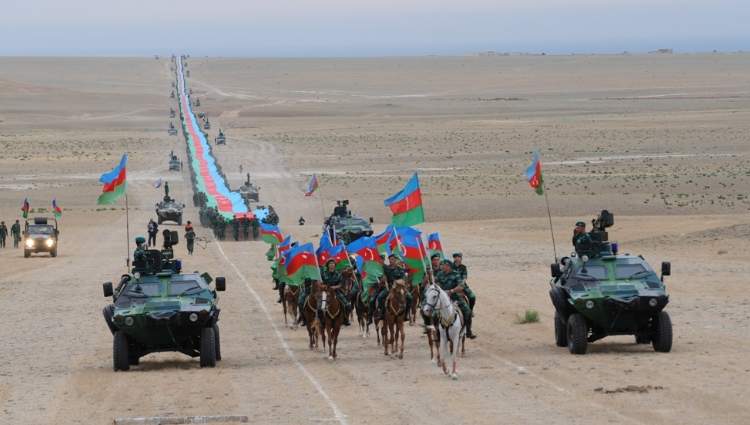 Servicemen from Azerbaijan’s State Border Service (SBS) participated in a morale-boosting ceremony on the banks of the Caspian sea. According to official sources, a 5.000 metre Azeri flag was carried across a military training ground by troops, accompanied by eight helicopters and other military vehicles. Present at the event was the head of the SBS, Elchin Guliyev, who started the event with a ceremonial salute to the flag, after which around 5.000 troops, took hold of the flag, stretching it through the training ground.

Location of the march on the banks of the Caspian sea

Highlighted in red is the Sitalchay ammunition depot, in green a major military base 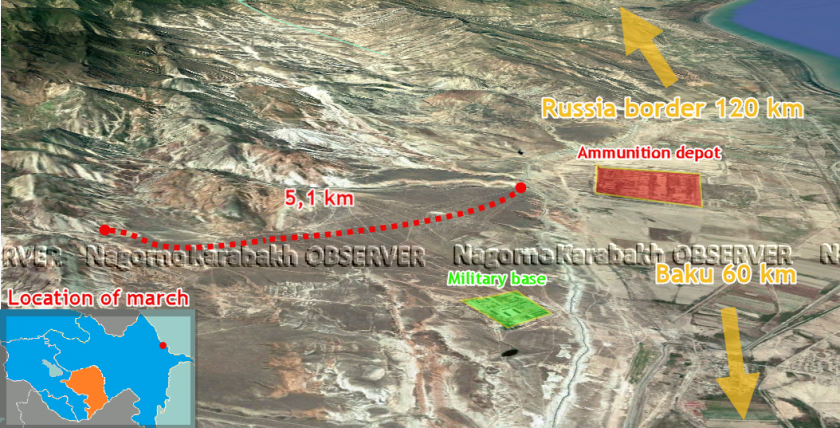 The site is adjacent to the Sitalchay ammunition depot, which experienced major explosions in late August of 2017, launching projectiles and remnants to nearby and injuring around a dozen individuals. While the military base in question went through extensive renovation with new facilities added in 2016, expanding the base from the original three hectares to 23 hectares.

Renovated Sitalchay military base between 2015-2016