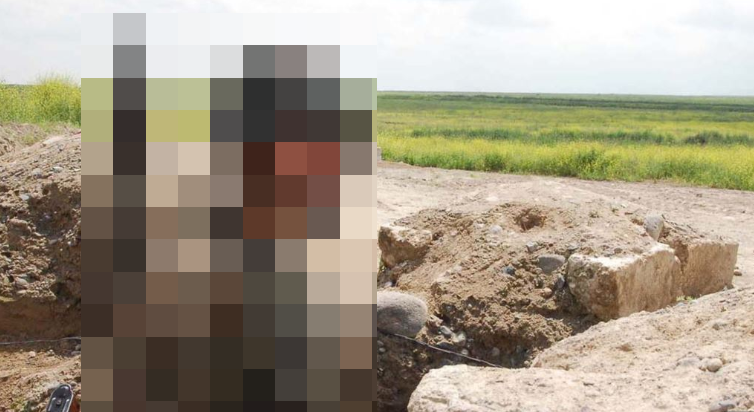 A rare statement came out of Azerbaijan’s Defence Ministry today. Reportedly for the first time since records are kept online Azeri officials stated that on 23 June, the situation on the line-of-contact was “relatively calm” with “a sporadic few shots heard along the line-of-contact”, something that follows nine days of ceasefire violation reports stating the use of snipers and even grenade launchers.

Ceasefire violations reported by Azeri side during month of June 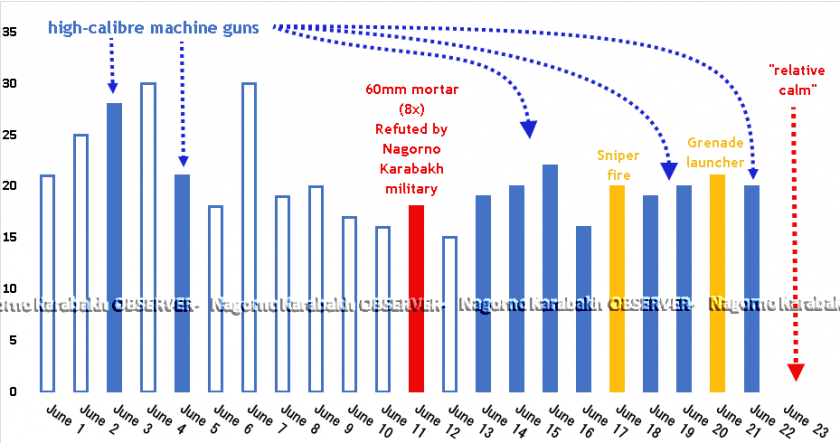 Ceasefire violations registered by the Armenian side during June 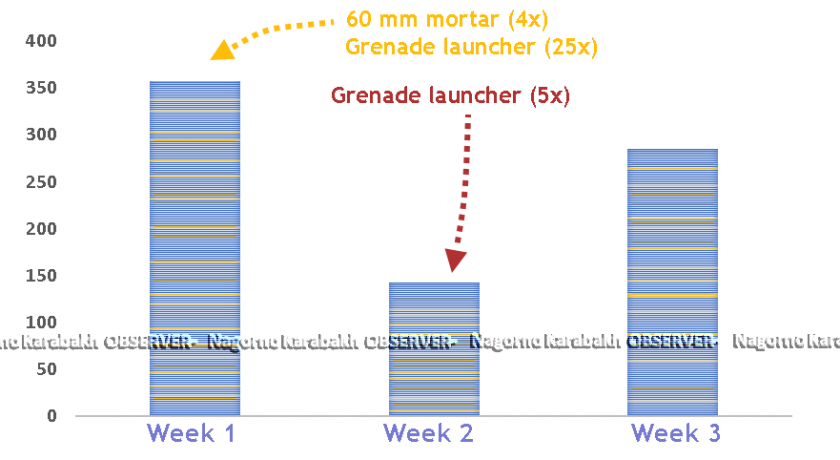 It is worth mentioning that this past week Azerbaijan has recorded the lowest ever number of ceasefire violations from the Armenian side, 15 violation cases.

The exact methods of measurement are undisclosed,  the two sides possibly use different techniques to measure the ceasefire violations and classify them differently, thus showing a discrepancy in numbers from each side. However, the Azeri side has generally recorded the lowest numbers this month.  In all, it is important to remember that tension between the two sides is not solely measured by ceasefire violations, but also troop movements, official statements, military exercises (location, troop quantity, weapons tested, etc.) and other factors.