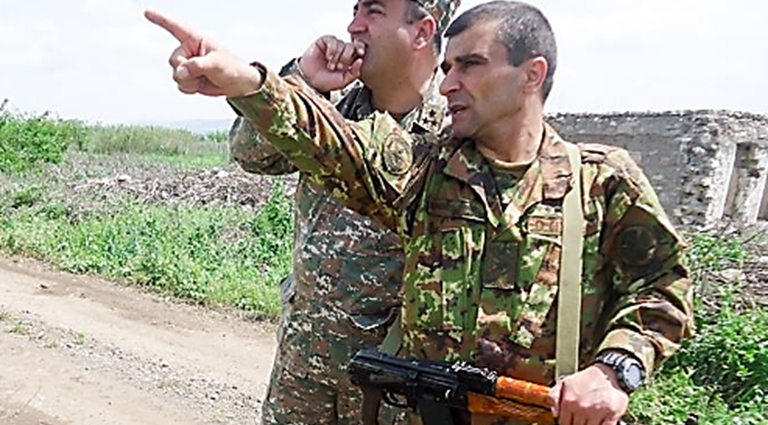 According to Armenian media reports, the Nagorno Karabakh Defence Ministry appointed a new deputy minister today, signed by decree of Bako Sahakyan, President of the de facto state. The deputy minister assigned is Major General Mikayel Arzumanyan, a veteran of the war in the 1990s.

In July of 2018, Maj Gen Arzumanyan was relieved form his position of deputy Chief Inspector of the Armenian Armed Forces. According to open sources,  during the brief war in April of 2016, Maj Gen Arzumanyan led a contingent of troops in the southern region of Jebrail during counter-attacks against Azeri forces alongside the 18th Rifle Division.

Maj Gen Arzumanyan was previously awarded the “Merit to the Fatherland” 2nd degree medal in June of 2015 by Armenia’s President at the time.

Just last week, former deputy Minister Maj Gen Vardan Balayan resigned from his position to go on pension after long years of service. It is highly probable that his counterpart Maj Gen Arzumanyan is is substitute.

2019-06-25
Previous Post: Jason Strakes – “The Nagorno-Karabakh Conflict: Engagements Beyond Europe and Eurasia”
Next Post: Prisoners swapped between Armenia and Azerbaijan