According to Armenian military blog Razm.info, a transfer of military-grade radar technology from Spain to Azerbaijan possibly took place last week. The military blog tracked the flight of a military Il-76 cargo plane from Madrid to Baku and published a short article on its findings on 30 July.

According to the blog, Azeri Air Force officer Elman Şahvələdov had mentioned the purchase during an interview in May of this year, detailing that the Medium Range Radar and the Long Tactical Range(LTR)-25 models as part of Azerbaijan’s purchase. Furthermore, a video of the LTR-25’s features in the Azeri language was posted in May of this year by a YouTube user with over 19.000 followers. While officially, Azeri officials have not commented on the transfer, the above-mentioned three cases point to the possibility that the purchase has indeed taken place.

Military blog Razm.info’s findings on the possible transfer of the radar system from Spain to Azerbaijan 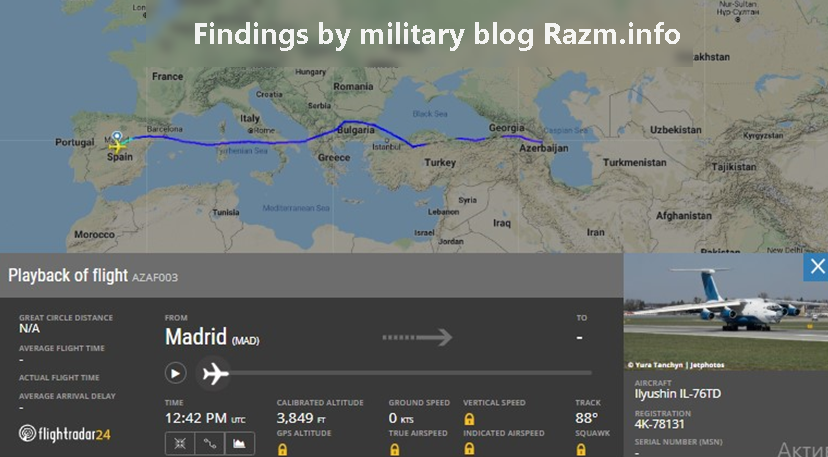 Indra has previously worked with Azerbaijan, providing air traffic control services in Baku. Currently, LANZA radar systems are operated by the British,  Spanish, Uruguayan and Portuguese air force. While other products intended for civilian use currently operate in Belize, Saudi Arabia, Algeria, Panama and other(1).