In October of 2018, a series of military drills took place in Nakhichevan aimed at coordinating operations between Nakhichevan’s local military with other militarised institutions in the planning of operations and the managing of personnel.

A specialised radar system, the RP-10, was tested out during the drills, which is operable up to 3,5 km in harsh terrain, and 5 km in a straight line-of-site. Besides the latter, members of the local military, interior forces, border guards, State Security Forces and the Ministry for Emergency Situations implementing around 80 armoured vehicles, 40 artillery guns, 20 anti-air defence systems and over 10 aerial vehicles including UAV’s participated in the event.

Official photos provided by Azerbaijan’s Defence ministry from the event

Interestingly though, one official photo published by defence officials showed Azerbaijan’s Defence minister, Zakir Hasanov and Nakhichevan’s de facto leader and Chairman of the Supreme Assembly, Vasif Talibov, along with a map of what appears to be military operation simulations. 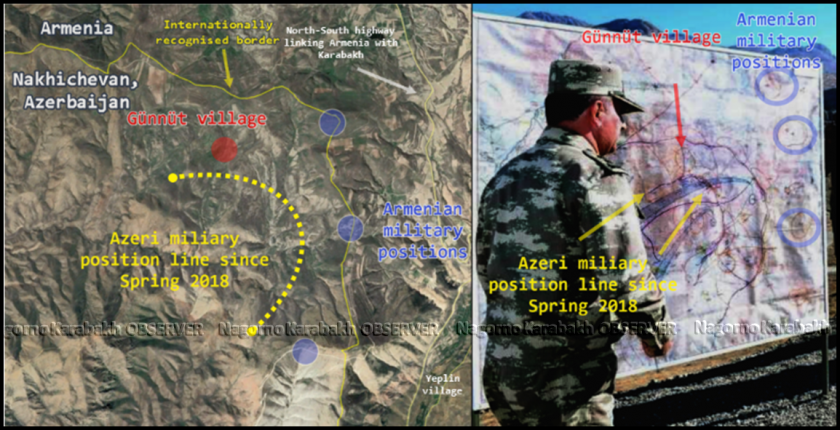 Although no place names are visible on the map in the photo, markings on it resemble the area surrounding the abandoned village of Gunnut, which was the scene of military operations earlier that year according to Azeri reports. The approximate coordinates are 39°46’1.70″N, 45° 4’3.96″E. 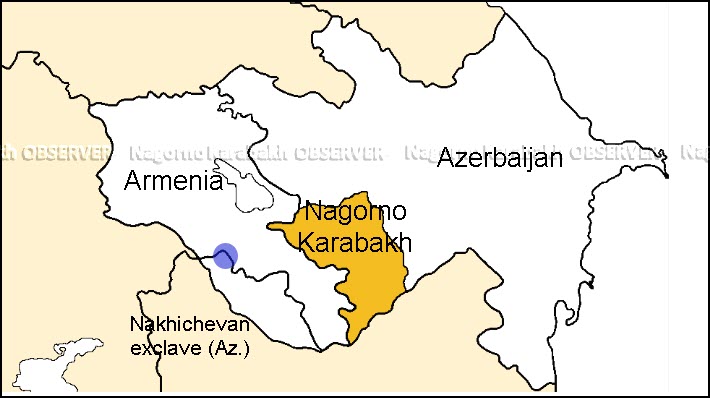 The map highlights what appear to be several Armenian military positions (in blue) 1,5 km from the north-south highway linking Armenia proper to the south of the country and Nagorno Karabakh. Two blue arrows are also shown on the map in the official photo and appear to show a possible direction of military operations towards Armenian positions, which would be an ideal segment for a land incursion considering the difficult terrain surrounding the area. 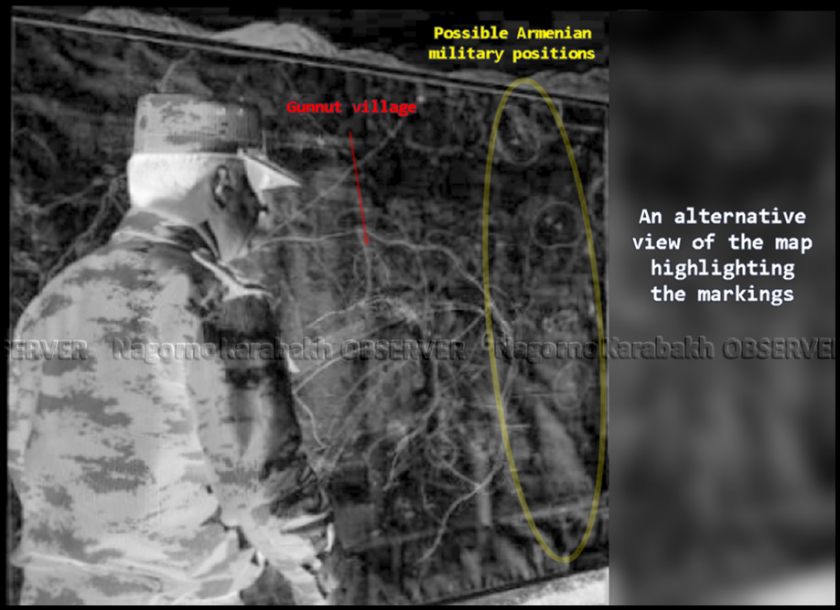 There is no doubt that this small stretch of border is of enormous strategic importance to both sides, as the de facto border formed by the no-man’s land between the military positions on both sides lies less than 2 km from the main north-south highway in Armenia. 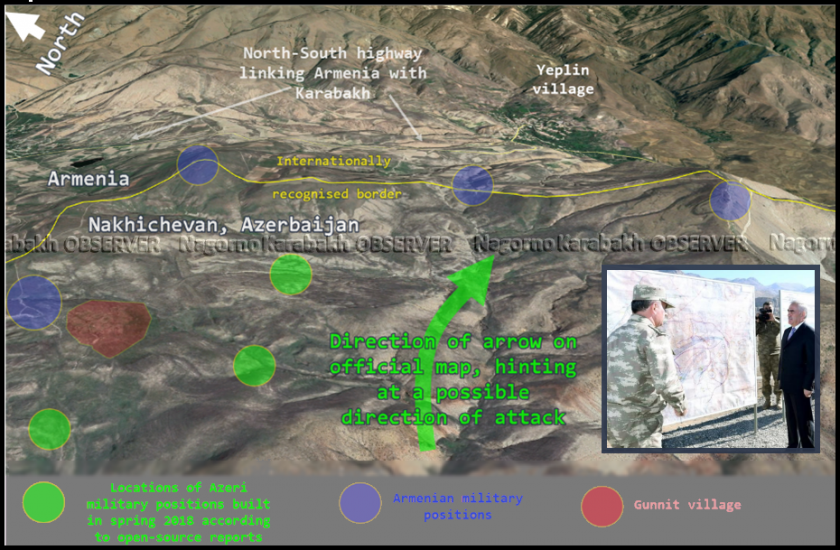 With all, there is no conclusive open-source evidence pointing to the exact geographic location on the map presented by Azeri officials in the media article, but it does resemble the particular border segment mentioned above. Additionally, although military operation plans for logical reasons are never openly discussed, nor maps of them dispersed on open sources, if this map indeed reflects hypothetical combat operations,  it could constitute a show of Azerbaijan’s military might and capabilities in the Nakhichevan region to Armenia, aimed at putting pressure on the latter.