A rise in tension on the border between Armenian and Azerbaijan in the north, near the border with Georgia has reportedly wounded two civilians.

Azeri State Border Service reported on an incident that occurred on 2 October at 16.55 hours near the village enclave of Kushchu Ayrim. In their official statement, they stated that Armenian troops fired on an excavator renovating a road, wounding the driver Severli Abishov; the latter was reportedly taken to a hospital and treated for non-life threatening wounds.

Area of incident of the reported shootouts 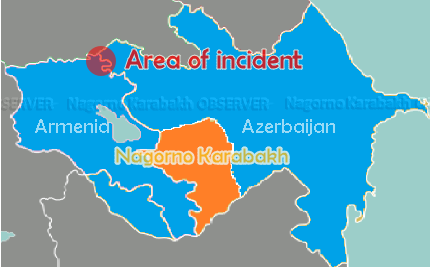 However, Azeri military outlet Ordu.az published a photo from a previous incident that took place between 7-12 January of this year using the same photo, for which, although the incident may have occurred, the photo itself casts doubts on whether it is the same excavator.

Azeri media outlets Meydan.tv, Olke.az and Azadliq.org all published a photo of the previous incident which gave way to some confusion on social media. Nagorno Karabakh Observer published an article on the incident in January of this year under the title “Cross-border fire hits excavator at military outpost?“.

Initial article and picture from Januray 2019 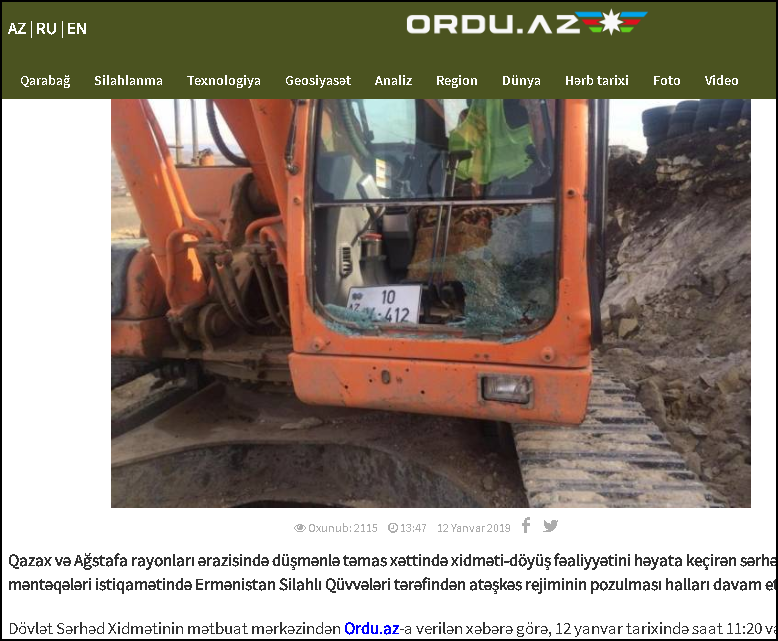 Armenian authorities also mentioned that one of their civilians were wounded in the stomach by an Azeri bullet fired from across the border near the town of Noyemberyan during road renovation works; his wounds were not life-threatening. The Armenian side provided no photos of the incident, nor further details were mentioned on the incident.