On 24 March, Azerbaijan’s Defence Ministry released a statement reporting an armed border incursion by the Nagorno Karabakh military on the line-of-contact (LoC), which apparently left one Armenian soldier killed, whose body remained in the neutral zone between trenches. The report stated that the incident happened on 23 March, on a segment of the LoC bordering the Azeri region of Goranboy, concluding that the situation is under control despite Armenia’s continuing violation of the ceasefire. No further information was provided on the incident.

Approximately one hour after the above-mentioned statement, de facto Nagorno Karabakh’s Defence Ministry released a statement refuting the report as disinformation, affiirming their adherence to the ceasefire violation. In addition to the latter, officials stated that the situation on the LoC remains relativly stable with no major incidents being reported. 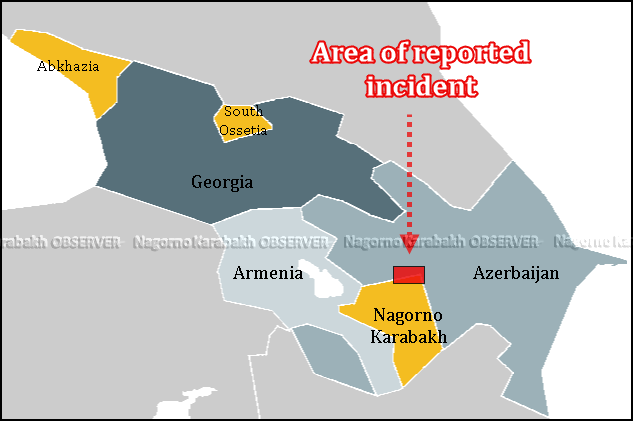 While ceasefire violations are known to frequently occur on the LoC, as well as on the Armenian-Azeri border, major incidents on the LoC are not known to have occured this year. While military deaths are known to be widely reported by the Armenian authorities and local sources, no additional information apart from the mentioned in the official Azeri report  (i.e. name, photo) was found on open sources.