Azeri military aircraft and gunships in training exercises, including near the line-of-contact

Geospatial analysis showing the MiG-29s parked on the Nasosny airbase 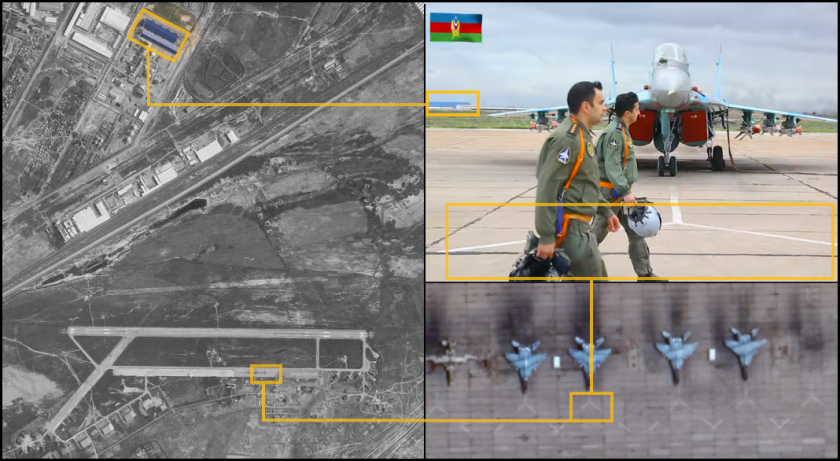 On 11 April, combat helicopters including Mi-8, as well as Mi-24 and Mi-35 gunships took off from an airbase in Yevlakh (previously having flown in from another base) 35 km from the line-of-contact, and carried out live-fire drills with air-to-ground unguided rockets at an undisclosed military training ground. No further details of the event were made public. 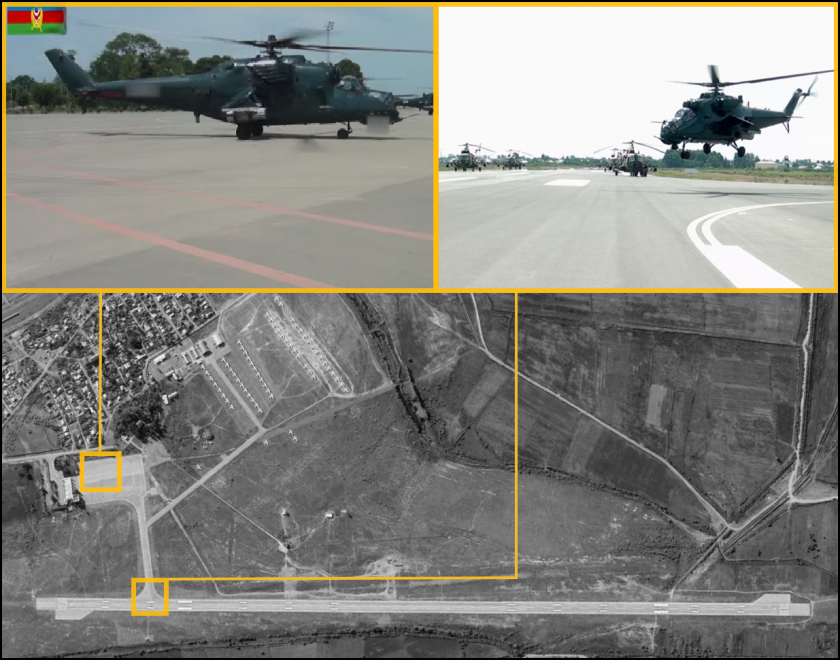 While the event appeared to be a routine training flight, parts of the helicopters possibly housing radar detection devises were blurred out in the official video. In a previous video from 2018 however, the devises were not blurred out, possibly pointing to a new modification fitted on the gunship types since then.