Lorry damaged by mine, not 60mm mortar shell near line-of-contact

On 17 June, non-official media in Azerbaijan reported a civilian Soviet-produced Zil lorry carrying wheat was fired upon by Karabakhi-Armenian troops with 60mm mortars near the village of Ghapanli, 500 metres from the line-of-contact.  Approximately one hour later, de facto military authorities in Nagorno Karabkah (NK) published a statement refuting the claims, particularly mentioning the news brief on Azeri military blog Ordu.az, and called for the Azeri side to refrain from “artificially destabilising the situation”.

Very shortly after the NK statement, news the news on Azeri media was modified, stating the lorry had exploded on a mine left over from the war in the 1990s. The mine was an anti-tank mine, lying approximately 1 metre deep according to the new reports. All further references to 60mm mortars on other Azeri sites were subsequently modified, with the only exception being an article on Turkish daily Hurriyet. It is known that news about military matters in Azerbaijan is strictly controlled by the government, and as such, Hurriyet, being a Turkish newspaper, had possibly not yet been informed to modify its content like its Azeri counterparts. 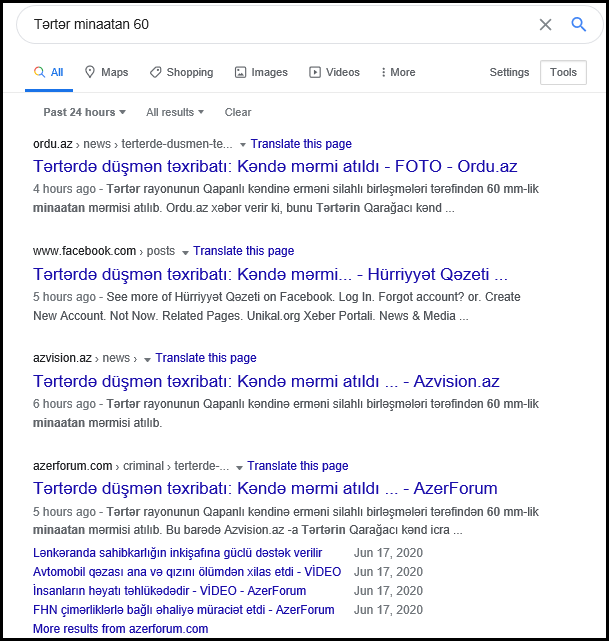 Only one photo of the incident was made public, currently found on Hurriyet.org, which nonetheless, shows what most likely was an anti-tank mine explosion as opposed to that of a mortar shell. At the time of writing, Azerbaijan’s Defence Ministry had not yet commented on the incident. 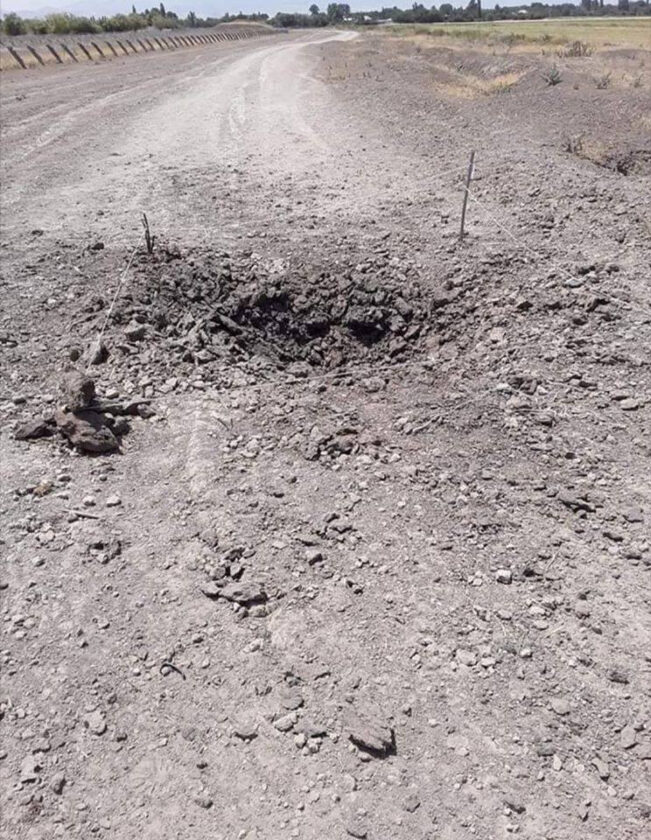