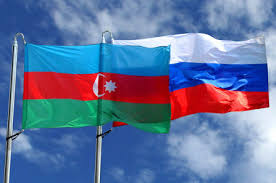 Yet another batch of Russian armament arrives in Azerbaijani ports, this time consisting of armament. This comes as yet another destabilising development for the Nagorno Karabakh contention and regional stability. On 24 June, Moscow delivered the 9M123 Khrizantema anti-tank rocket and its corresponding firing system to the Azeri side. While on 07 July, Russian armament, mainly unspecified types, arrived and was unloaded at  Baku’s southern port.  Unconfirmed reports suggest that the majority of this armament is for land based modern artillery systems.

According to the Azeri authorities, this latest supply comes to symbolise the joint cooperation in defence and technology between Russia and Azerbaijan. The two have sighed numerous agreements on military cooperation. Baku explicitly mentioned that the arms are destined to military units on the line-of-contact between Azerbaijan and Nagorno Karabakh, just another alarming fact as to how the conflict remains unresolved: of the three mediating co-chairs of the OSCE Minsk Group (France, United States and Russia), Russia continues to supply one side with arms (Azerbaijan) while increasing its military presence in the other (Armenia).

This comes to show that Moscow aims to keep the Nagorno Karabakh conflict under its control by controlling the arms supply to both countries. At the same time, Russia’s arms-supply policies toward Azerbaijan is another attempt to court Baku from sliding further into alliances with the West. From this point of view,  supplying arms is the only way Russia keeps Baku from all-out western integration.