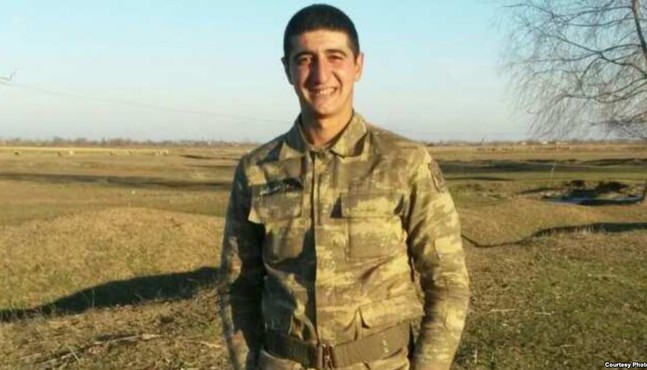 A few days ago, on 17 July 2017, word spread of Azeri soldier, Nahid Soltanov, being critically wounded by an Armenian sniper on the line-of-contact near Aghdam. What seemed to be a typical case of a combat loss remains shrouded in mystery. Investigations and public statements from the wounded soldier’s family showed that a second soldier was critically wounded at the same time, both from the same military unit near the village of Qaradaghli.  Both were taken from the front lines to the Aghdam Regional Medical Centre in the village of Quzanli, and subsequently transferred to a military hospital in Baku.

According to Soltanov’s brother, the other serviceman’s condition is also critical. Doctors informed them they do not have the necessary equipment to operate on the two. What really did happen remains a mystery, as the Azeri authorities have yet to publish an official statement on the issue, neither have local television channels.

Some speak of a possible fight between servicemen in their military outpost involving possibly more individuals, which resulted in the shooting of the two of them. Such an incident would reveal flaws in the Azeri Armed Forces that have yet to be addressed, thus the incident would best be covered up by the authorities. Reports from the inside show that an investigation is underway, and that the two were not wounded by Armenian forces. The identity of the second serviceman who was wounded with Soltanov has yet to be declassified.