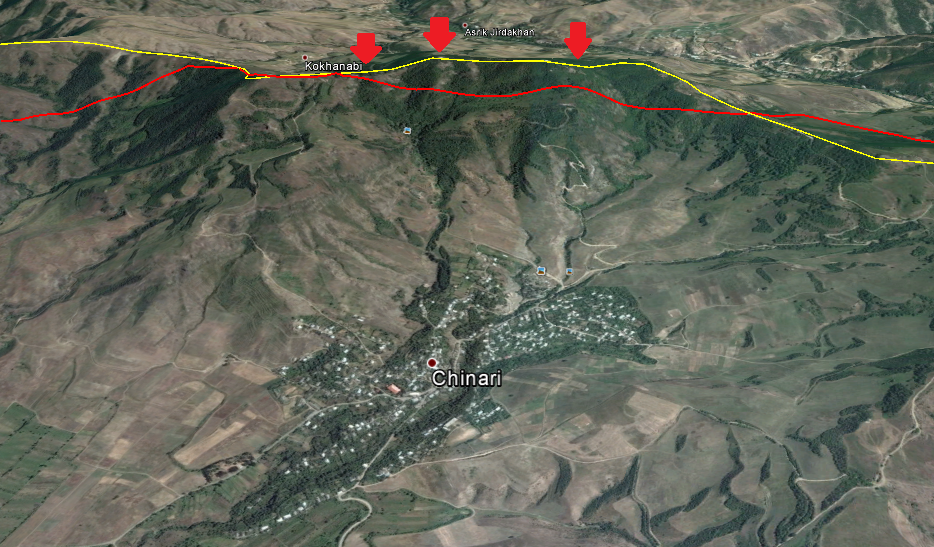 Above: a topgraphical view of Chinari village, in yellow is the internationally recognised border between Armenia and Azerbaijan, while in red the de facto border limited by military outposts.  The main Azeri military outposts from which shooting occurs are marked by three red arrows.

On 20 July 2017, one such incident which involved Azeri forces firing on the village school, residential buildings and a cattle-shed resulting in it burning down along with a haystack intended for months of cattle feeding.

According to village Mayor Samvel Saghoyan, fire from Azeri border posts targeted civilian and military posts on 20 July, while a day later an exchange of gunfire between the two sides was limited to military outposts.

The total damage caused by the cease-fire is estimated at around 25.000 USD (or 11 million AMD).

Below: pictures of the damage to Chinari village after Azeri forces opened fire, particularly damaged was a stable for cattle used by the villagers.