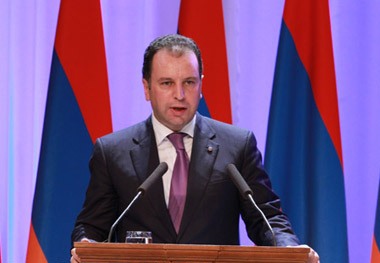 In a rare statement, Armenia’s Minister of Defence Vigen Sargsyan in a rare warning message to the Azeri authorities reiterated that Armenia had not carried out any military operations along the border with Azerbaijan and that the Armenian Armed Forces never seek to target civilian settlements and that “any claims the Azeri side with that regard are aimed either at misinforming or are intended at creating pretexts for future provocations”.

“in response to any provocations the Armenian side will resort to firm [military] measures and calls [on Azerbaijan] to refrain from new adventures, which can carry unpredictable consequences on the whole region.”

This statement comes as a response to Azerbaijan’s recent shelling of Armenian border villages Chinari and Barekamavan, as well as claims that Armenian forces shot at their military outposts near the village of Terter lightly injuring a serviceman. The Armenian side, which habitually responds to cross-border attacks, has refrained from any operations these past few days in an attempt to test the other side’s will to respond.