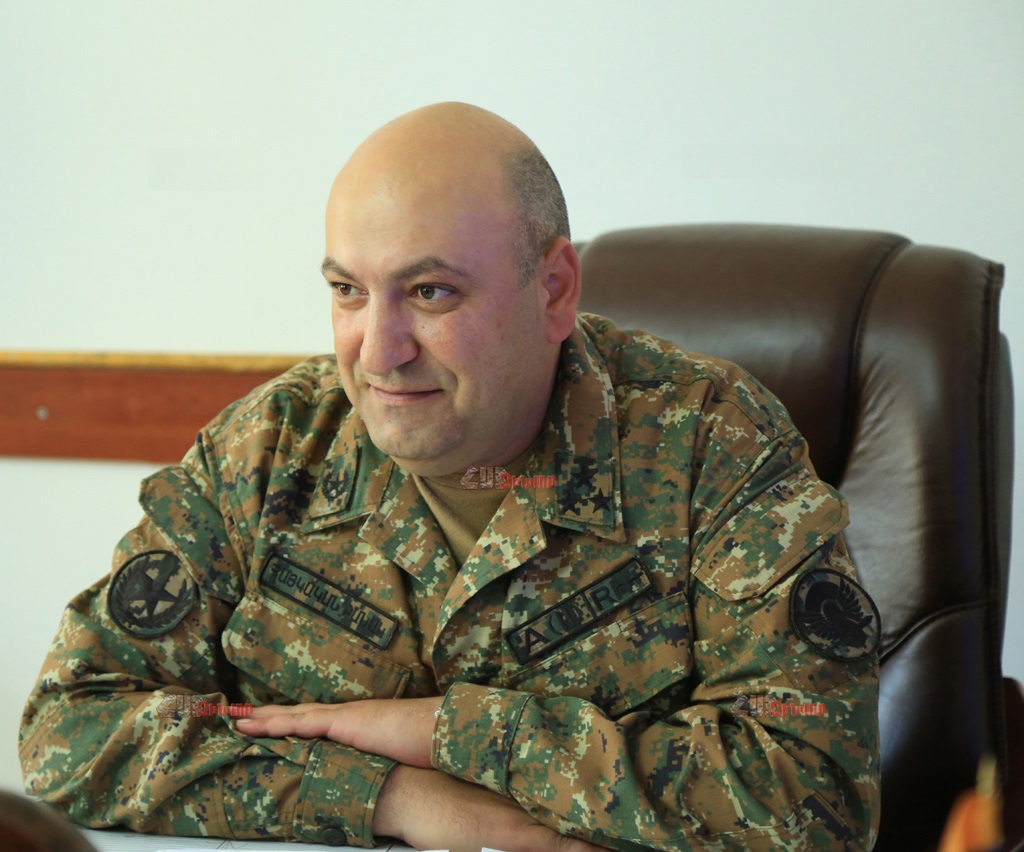 Official news got out today, 11 August 2017, that the Armenian military has started the construction of new trenches, fortifications and roads, as well as the strengthening of older military positions.  The news of these new undertakings was made public in an official interview by Colonel Hrayr Atoyan, who also supervises in the publication process of Hay Zinvor, the official journal of the Armenian Armed Forces.

According to Atoyan, – “…we are renovating and strengthening the firing points of [military] positions…, intense engineering and construction work is being done on the length of  our guaranteed borders “. Besides the latter, the engineers in the Armenian Armed Forces are currently installing the latest-technology in monitoring devises, including thermal and night-vision observation equipment as well as new communication equipment.

Since the summer of 2016, the number of observation and monitoring installations in Armenian military outposts has increased both in terms of technology and in quantity. This is reflected in the decrease Azeri covert sabotage incursions since last year. The latest such operation occurred in February of this year, which resulted in the deaths of six Azeri soldiers. In general, less cross-border incursions have been recorded this year in comparison with previous years.