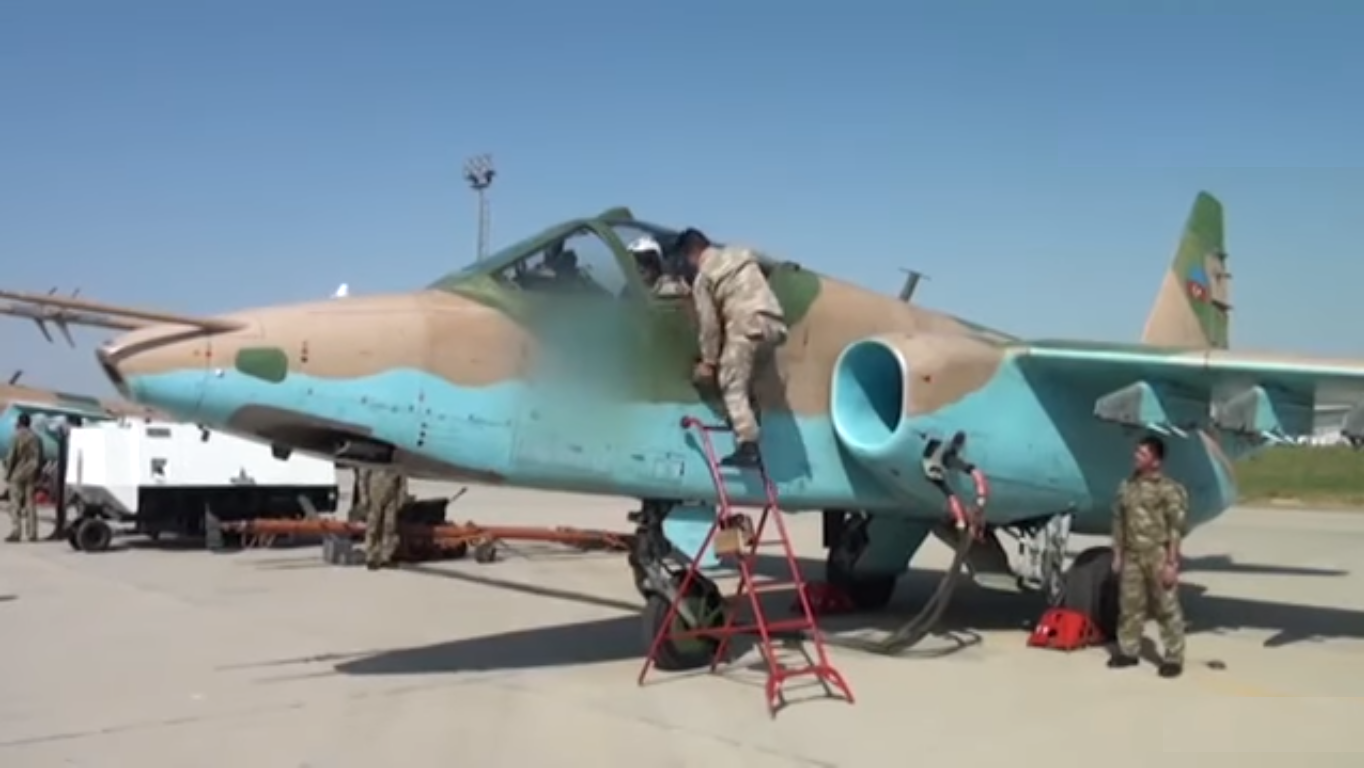 Azerbaijan’s Air Force tested out several Su-25 fighter-bomber aircraft in Nakhichevan on 23 August 2017, in what is one of the first cases of military aircraft being tested out by Baku in Nakhichevan. In a video made public by the Azeri Defence Ministry, the video shows at least two aircraft being tested out. In a public statement, the Defence Ministry mentioned that the aircraft (first produced in the late 1970’s) carried the latest in technology and would play an important role in supporting infantry during combat operations.  The aircraft took off from Nakhichevan’s only airport near Nakhichevan city, used for civilian and military flights.

It was also stated that the aircraft could carry 32 different munition types, although in the training exercises no munitions of any kind were carried. Another reason for not carrying munitions during the flight would be an obvious provocation and a possible engagement by Armenian forces had the aircraft veered toward the Armenian border.

Su-25’s taking off from Nakhichevan airport 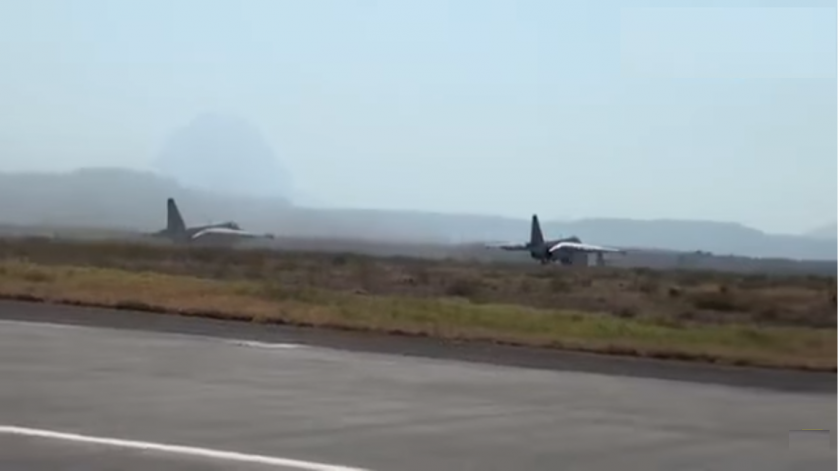 The Su-25 aircraft tested out were most likely from a batch of of 11 Su-25’s, according to the Stockholm International Peace Research Institute, purchased from Belarus between 2009-2011. In recent times Baku has stepped up its military activity in Nakhichevan, which lies less than 70 km from the Armenian capital. Earlier in 2017, Baku conducted joint training exercises with Turkey involving 5.000 troops, 250 military vehicles, including Mi-8 and Mi-24 gunships, but no military aircraft. Armenia continues to view these developments as a threat to its national security, as in case of a wide-scale conflict between the two, Nakhichevan could be used as a base to attack its infrastructure.