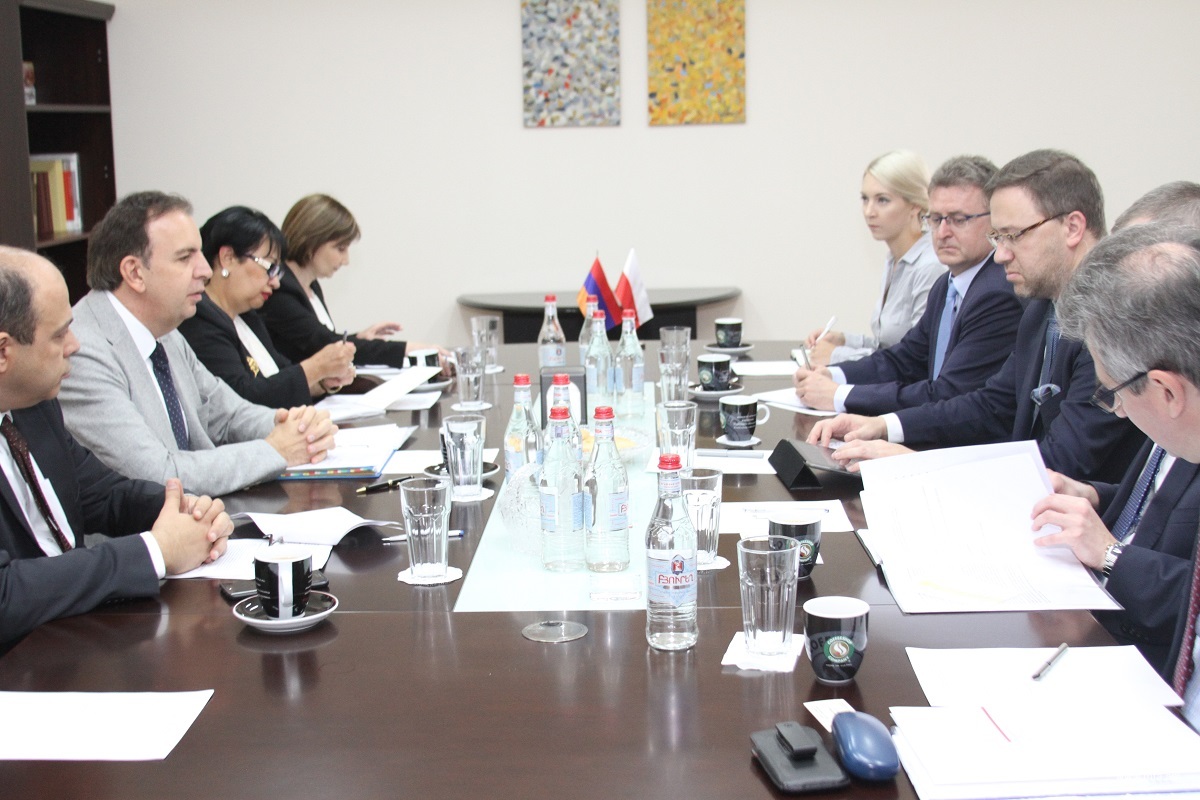 At the end of September of this year, Armenian Defence Minister Vigen Sargsyan held talks with Poland’s Deputy Foreign Minister for Security and Eastern Affairs Bartosz Cichocki. Armenian-Polish cooperation in defence matters and Armenia’s military-industrial development were discussed at the talks. Cichocki highlighted to journalists that Warsaw has offered Armenia new military technologies, and that it is ready to help stimulate defence production in Armenia.

Yerevan has sought to diversify the sources of its military equipment, as to not be overly-dependent on Moscow. Russian-produced weapons make up approximately 80% of the country’s military hardware. Warsaw’s new decision comes as a surprise as the European Union has showed itself reluctant to provide arms to the two sides in the Karabakh conflict.

How real is the possibility of military-technical cooperation between Warsaw and Yerevan? What kind of armament can Armenia acquire from Poland? And how does these weapons from what Armenia imports from Russia?

In an interview with Russian media outlet Sputnik, Taron Hovhannesian, a military expert in Yerevan mentioned, – “Poland produces precisely some of the weapons that Armenia is interested in acquiring,” He also noted that Armenia has already established a military cooperation programme with Polish conglomerate Liubawa-Armenia , which produces products ranging from camouflage to  bulletproof vests.

Hovhannesian believes that cooperation between the two countries will develop, highlighting that Poland’s military-industrial complex is highly developed. – “At the exhibition in Yerevan they showed unmanned vehicles(UAV), and quite good ones, namely: kamikaze drones and video surveillance equipment. We can say that they have something that we could buy or start producing together, “Hovhannisyan said.

Israel is currently the undisputed leader in the production of kamikaze UAV . However, Poland is another country which is not far behind in this matter: it produces UAV-kamikaze Warmate , which although different from Israeli-produced combat UAV’s, is smaller and less detectable.  The Polish drones are equipped with a warhead weighing only 0.7 kilograms, their maximum range is 10 kilometres or around 40 minutes of flight. They have yet to be tested in combat operations, but Polish military experts say the UAV is quite effective in close combat particularly against infantry formations and military outposts.

2017-10-07
Previous Post: Nagorno Karabakh President meets with California Senate and Assembly members
Next Post: Armenia on the verge of signing a deal with the EU