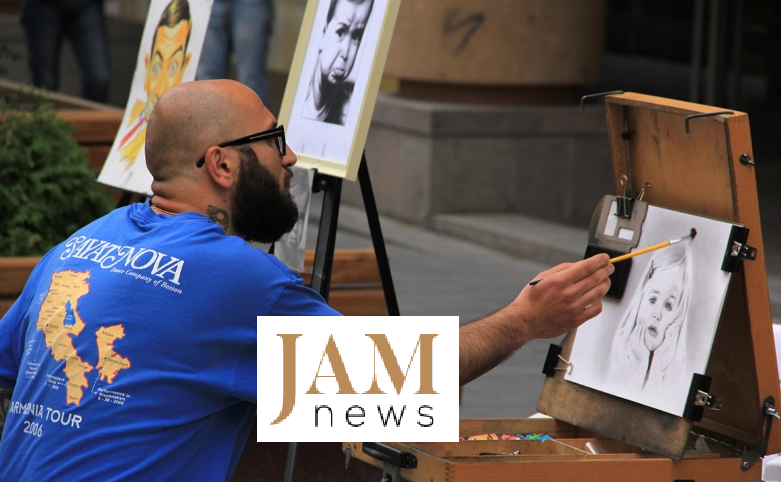 Armenia on the verge of signing a deal with the EU

Azerbaijan seeks to make the EU respect its territorial integrity

Armenia and Azerbaijan may sign a framework agreement with the EU on the sidelines of the Brussels Summit. However, unlike the text of the EU-Armenia agreement, which was initialed back in March this year and will not be subject to any additional comments, the agreement with Azerbaijan isn’t actually ready yet and it’s unlikely to be concluded. Baku demands that a provision on territorial integrity and inviolability of its borders be introduced to this agreement. The Azerbaijani President himself admitted that.

If the territorial integrity provision is included in the EU-Azerbaijan agreement, which actually means recognition of Karabakh as being a part of Azerbaijan, Armenia will refuse to sign the agreement with the EU. Thus, Azerbaijan will achieve one of its main goals which is to prevent Armenia’s withdrawal from the Eurasian space and its integration with the West.

However, the EU appently isn’t going to enshrine this provision in the text of its agreement with Azerbaijan.

In 2013, the EU also refused to include a provision on territorial integrity in the EU-Azerbaijan Association Agreement. Then Azerbaijan refused to conlude the agreement.

On a side note, President Aliyev also insists that Karabakh should be included in the list of post-Soviet conflicts, as in the case of Ukraine, Georgia and Moldova. The EU remains unambiguously committed to the territorial integrity of those countries. As for Karabakh, its integrity is always mentioned along with the right to self-determination and the inadmissibility of the use of force.

Ilham Aliyev makes no secret of his discontent with Europe’s position, especially that of the Council of Europe.

He also noted that the Azerbaijani side expected the European Commission ‘to demonstrate a consistent approach to all conflicts in the post-Soviet area during the Eastern Partnership Summit’.

After holding the meetings in Baku, the delegation of the EU Council travelled to Yerevan to meet with the Armenian leadership. However, there is no mention of the demands on the Karabakh issue in any of the official statements released after the meetings. As Walter Stevens, the Chairman of the Political and Security Committee of the EU Council pointed out at the meeting with President Serzh Sargsyan, the EU supported the efforts of the OSCE Minsk Group Co-Chairs towards the settlement of the Karabakh conflict.

“If Azerbaijan really wants to settle the conflict based on the proposals of the OSCE Minsk Group Co-Chairs, who enjoy the international community’s support, it should reaffirm its willingness and put into practice what they propose: exclusive peaceful settlement of the conflict and unconditional implementation of the 1994-1995 ceasefire agreements,” Edward Nalbandian, the Armenian Foreign Minister, stated at the meeting with the EU Council’s delegation.

Later on, the OSCE Minsk Group Co-chairs also released a statement saying that “both Presidents confirmed their readiness to reengage in negotiations with a purpose of reaching a peaceful settlement to the conflict.”

Will Baku agree to comply with its commitments for the sake of continuing the talks, in particular to install monitoring equipment on the border and withdraw its snipers? Hikmet Hajiyev, a spokesperson for the Ministry of Foreign Affairs of Azerbaijan, stated earlier that Azerbaijan’s Foreign Minister, Elmar Mammadyarov ‘expressed support for some of the co-chairs’ proposals regarding a Karabakh settlement’.

The new U.S. Administration has finally formulated its position with regard to Karabakh

The Armenian National Committee of America (ANCA) has welcomed Secretary of State Rex Tillerson’s public declaration of support from the U.S. for completing demining operations in Artsakh (Nagorno Karabakh) ‘as quickly and thoroughly as possible.’

Secretary Tillerson responded to the Congressional inquiries regarding the ANCA-backed Royce-Engel peace proposals for Artsakh with a strong endorsement, stressing that ‘the U.S. State Department supports proposals to withdraw snipers, launch an OSCE investigation mechanism, and deploy sensors along the Line of Contact on the Armenia-Azerbaijan international border’. He added that the U.S. government has been ‘a strong advocate in the Minsk Group process for these confidence-building measures, which would reduce violence in the areas affected by the conflict’.

It is noteworthy that the USA insists on taking confidence-building measures and enhancing stability without mentioning the so-called Madrid principles of settlement. Interestingly, as early as last week, Michigan became the 8th U.S. State to recognise the independence of Artsakh (Karabakh) at the parliamentary level.

Aram Hamparian, the Executive Director of the ‘Hay Dat’ Armenian National Committee of America, which is one of the major Armenian lobbyist organizations, stated as follows:

“We are extremely encouraged by Michigan’s recognition of the independence of Artsakh. The U.S. Senate and the House of Representatives will continue their assistance to Artsakh and Armenia. The U.S. policy is slowly but surely centering around democratic self-determination as one of the fundamental values.

“What also encourages us is that after the Senate Appropriations Committee approves the addendum to the draft sanctions against Baku, we will see the congressmen’s support to the resolution against growing persecutions in Azerbaijan. The USA will respond to Azerbaijan’s regional aggression the same way – by imposing sanctions, visa restrictions etc. .”

As a reminder, the U.S. Senate has recently introduced a bill which provides for the application of the Global Magnitsky Act against Azerbaijan’s ruling regime due to mass violation of human rights and freedom.

So, Aliyev is trying to use the Karabakh bargaining chip for the last time, before sanctions are possibly imposed.