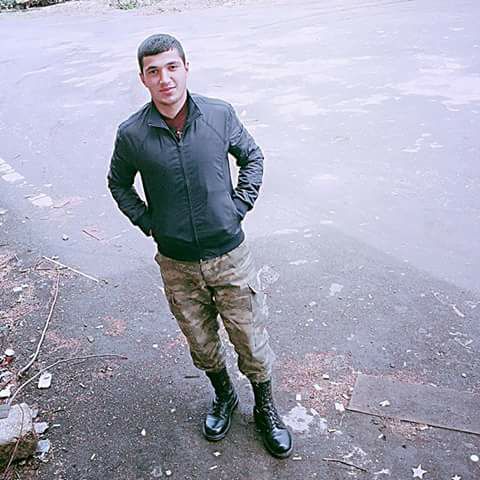 Azeri soldier kills fellow serviceman at an outpost near Aghdam

08 October 2017 saw the death of 19-year-old Azeri conscript, Saleh  İsayev (Valeh oğlu ) by a fellow serviceman at a military outpost near the border town of Aghdam. Information got out through the victim’s family and was made public by local press agencies, particularly an undisclosed journalist from Meydan TV. İsayev had been conscripted on 06 April of this year and had been transferred to Aghdam after initial military training.

According to a pro-Shia Azeri news outlet, İsayev was  killed not by his fellow serviceman, but by an Armenian bullet. However, immediate family members communicated that a source near the incident stated that he was shot by fellow conscript without specifying his name. So far, there has been no official explanation nor comment on the incident from the Defence Ministry. A local city official from the victim’s native city of Lenkoran spoke to journalists expressing that the incident occurred due to recklessness, – “one had a knife in his hand, while the other a machine gun, he shot and killed him like that…”.

Still more facts are being investigated by NK Observer as we speak.

2017-10-11
Previous Post: Armenia on the verge of signing a deal with the EU
Next Post: Serviceman killed in northeastern Armenia