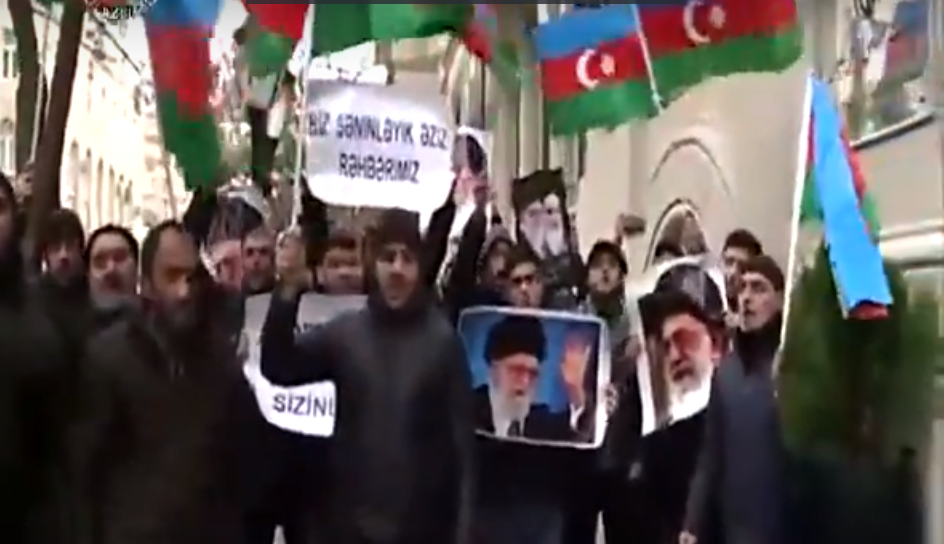 On 13 January, a group of religious leaders and Shia community members organised a pro-Iran protest in the midst of the ongoing internal unrest in Iran. The protesters, mainly men, chanted pro-Iran slogans and expressed their support for the theocratic government in Tehran. One protester expressed “Khamenei is not only Iran’s leader, but the leader of Muslims worldwide”.

The religious Shia community has been growing in followers in recent decades, with the tacit support of Tehran. Azeri government authorities seem weary of Iranian influence in their country, and in the last years have cracked-down on anti-government pro-Shia activists, particularly in the city of Nardaran just outside Baku. Relations between the two countries have been strained for years, among the meany factors is Baku’s warm relations with Israel has drawn suspicions from Iranian authorities, who accuses the latter of carrying out assassinations of their nuclear scientists from Azerbaijan.