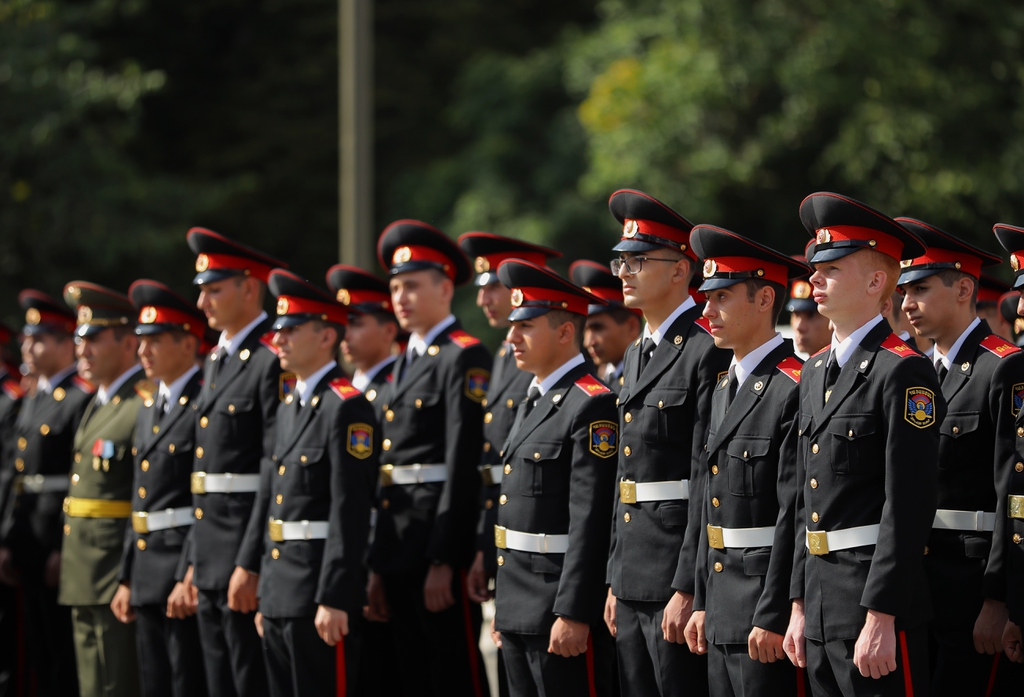 On 03 September 2018, the Monte Melkonian Military Academy in Armenia marked the graduation of over 40 formed officiers. The officers will be eventually stationed in the country’s numerous military bases, while some will continue in post-graduate programmes for further formation, adquiring diverse expertise in a particular field.

Armenia’s Defence Minister Davit Tonoyan attended the event along with several other high-ranking officials, including a representative of the Armenian Apostilic Church. Minister Tonoyan, speaking in front of the graduates, underlined the importance of serving the country and defending the borders. Special attention was given to uphold the principles of late guerilla commander Monte Melkonian, killed in combat while leading troops in the region of Martuni, Nagorno Karabakh.