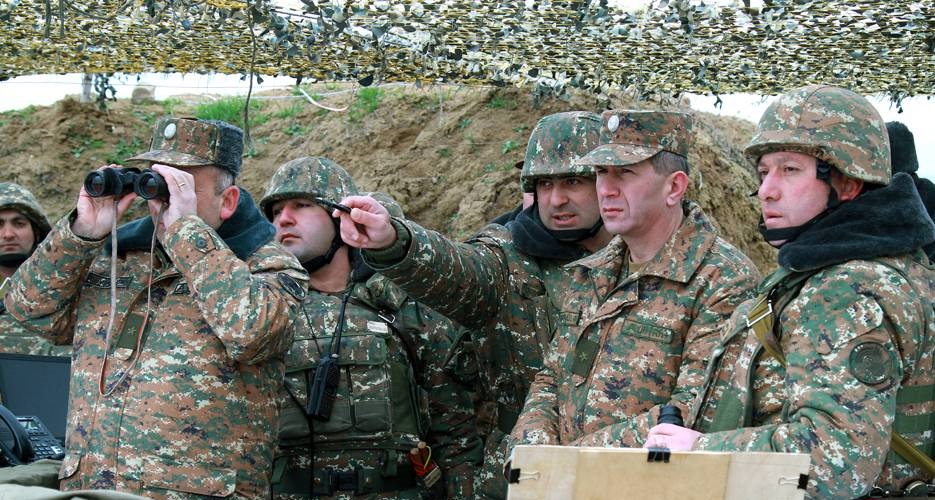 At an undisclosed military unit in southern Nagorno Karabakh, Defence Minister and Chief Commander of the Armed Forces Maj Gen Karen Abrahamyan along with the Vice Chief of Staff of Armenia’s Armed Forces, Maj Gen Onik Gasparyan oversaw a series of military preparation drills stemming from a bilateral agreement between Armenia and the de facto Nagorno Karabakh.

Official images from the event

Both major generals with decades of military service experience, Abrahamanyan and Gasparyan, put particular attention the chain-of-command system between officers and servicemen,  the re-grouping of military units during a military operation as well as the general planning process for the drills.

The series of [military] drills showed that personnel carried out all combat manoeuvres and tasks assigned from superiors orders in a conscientious manner, striving to perfect their combat-readiness capacities.

So far this year several such preparation drills have taken place, in Armenia proper as well as in Nagorno Karabakh, there have also been several visits by President Bako Sahakyan and Maj Gen Abrahamyan to military outposts on the line of contact.