On 21 February 2019, military authorities in Azerbaijan announced the shooting-down of an Armenian  X-55 unmanned aerial vehicle (UAV). According to official news, the incident occurred in the vicinity of Aghdam, along the central part of the line-of-contact between Nagorno Karabakh and Azerbaijan.  Baku states that the UAV was on a reconnaissance mission over Azeri military positions when it was shot down by special air defence units upon being detected.

The photos however, show that the incident may not have occurred in the mentioned area, as foliage in the photos is not consistent with vegetation types around the Aghdam area, nor do the individuals in the photos seem  to be in uniform, but in a relaxed atmosphere with a child even appearing in one photo. It is worth mentioning that the area surrounding Aghdam is dry flatland, known for its high temperatures in the summer and mild winters, the area lacks forests and is known for its agriculture, particularly on the Azeri side. 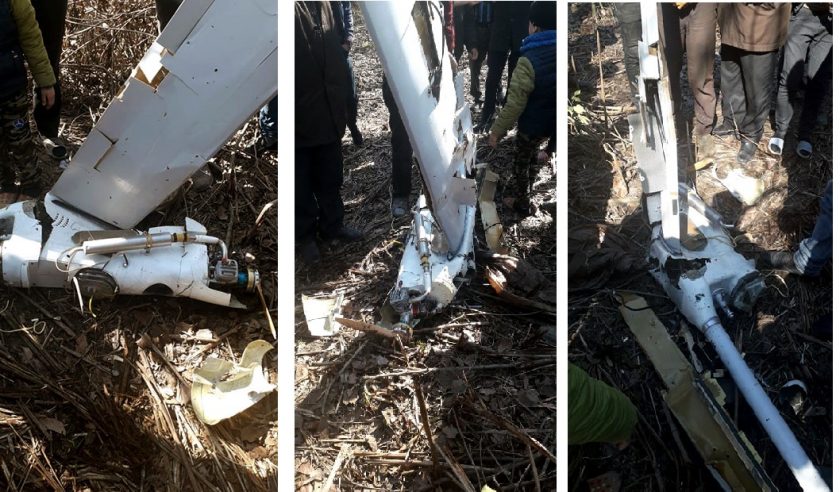 The day after the official news, military authorities in Nagorno Karabakh stated that

the Defence Army has not reported any losses ofUAV’s; With regard to photos published on Azerbaijani media, those are clearly old photos.

Stepanakert described the news as “not corresponding” to the reality on the ground. Both sides made clear mention of the incident happening during an OSCE Minsk Group visit to the region, where today the same day as the reported incident, the OSCE delegation made up of Stefan Visconti, Andrew Schofer, Igor Popov and Andrzej Kasprzyk  meet with the Armenian government.

Similar incidents have been reported in the past, one of the latest ones being in March of 2018 involving the same type of aircraft and in the same area of Aghdam.